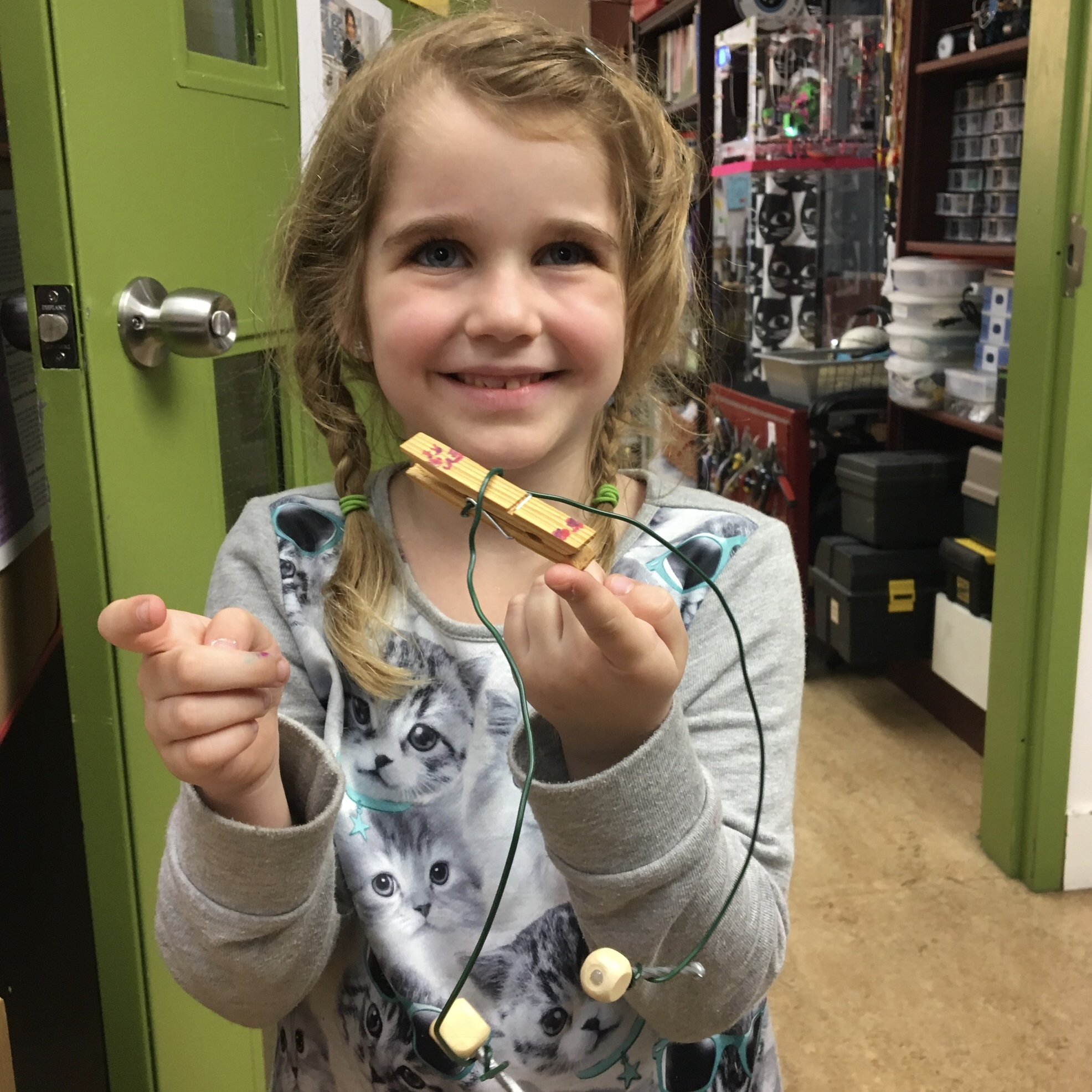 This week involved a lot of keen scientific observation. As the Painted Lady butterfly continued to develop in our classroom, students witnessed the caterpillars forming their chrysalises and are waiting patiently for them to emerge. The colours are remarkable and if you look closely, they almost appear to have a metallic quality to them. We also had the change to observe a beekeeper from Alvéole splitting the colony in our rooftop hive. To avoid swarming and unhealthy urban colony behaviour, the beekeepers remove a portion of the bees in the hive each spring after they have hatched many of their new members and use them to help form a new colony. The students enjoyed trying to spot the subtle differences between the adult and baby bees, and especially enjoyed seeing the queen. We also welcomed one of our Indigenous educators, Ryan, back into our classroom. Ryan told the students the story of Skywoman's tumble toward Earth and about all of the animals that helped her once she landed. He linked that to the Seven Grandfather Teachings and began explaining why understandings of love, truth, courage, honesty, humility, wisdom, and respect are so central to the lives of Anishnaabe people. Next week, we hope to post pictures of our butterfly release once the Painted Ladies emerge from their chrysalises! 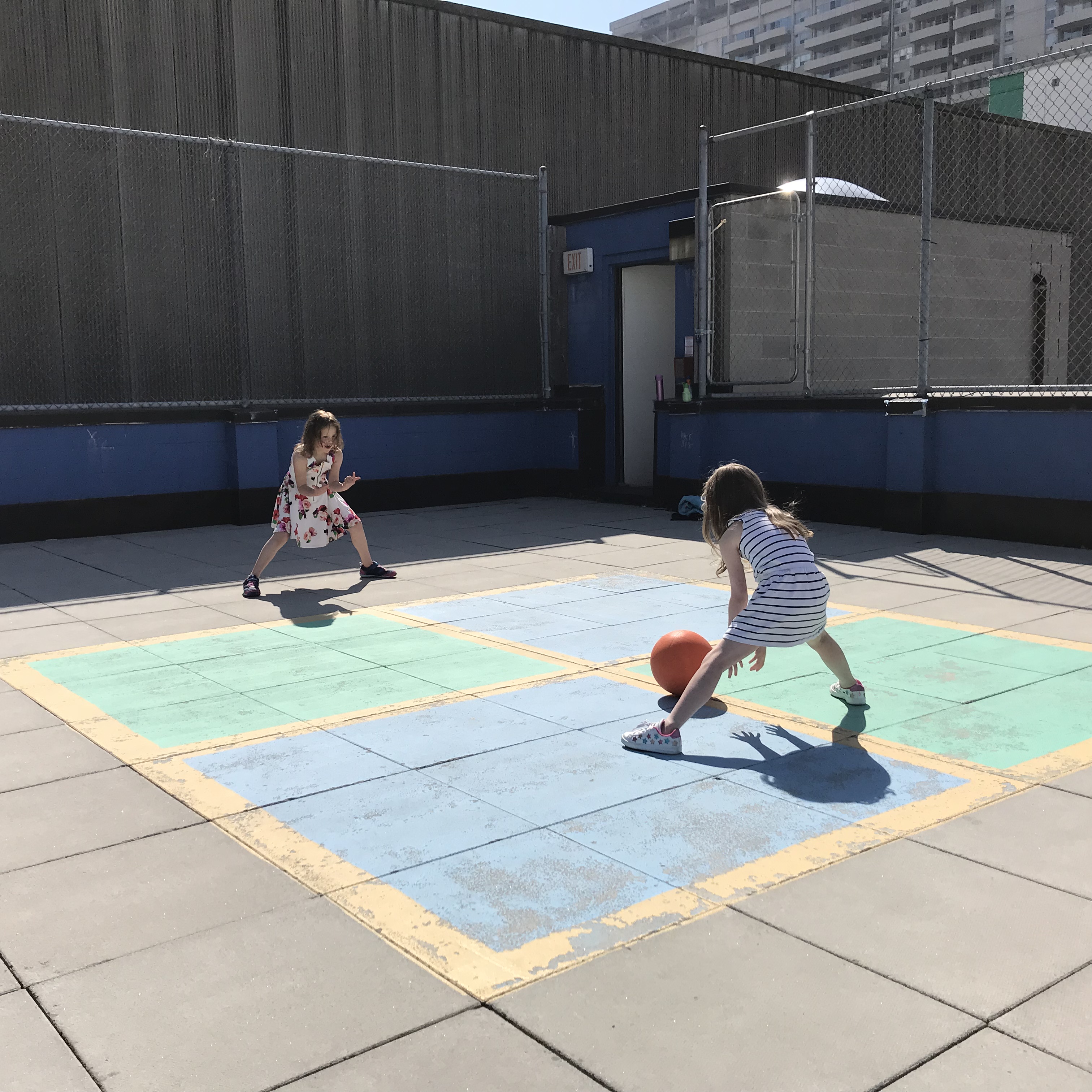 K and G play a game of trying to pass the ball through each other's legs at recess. There were lots of giggles involved. 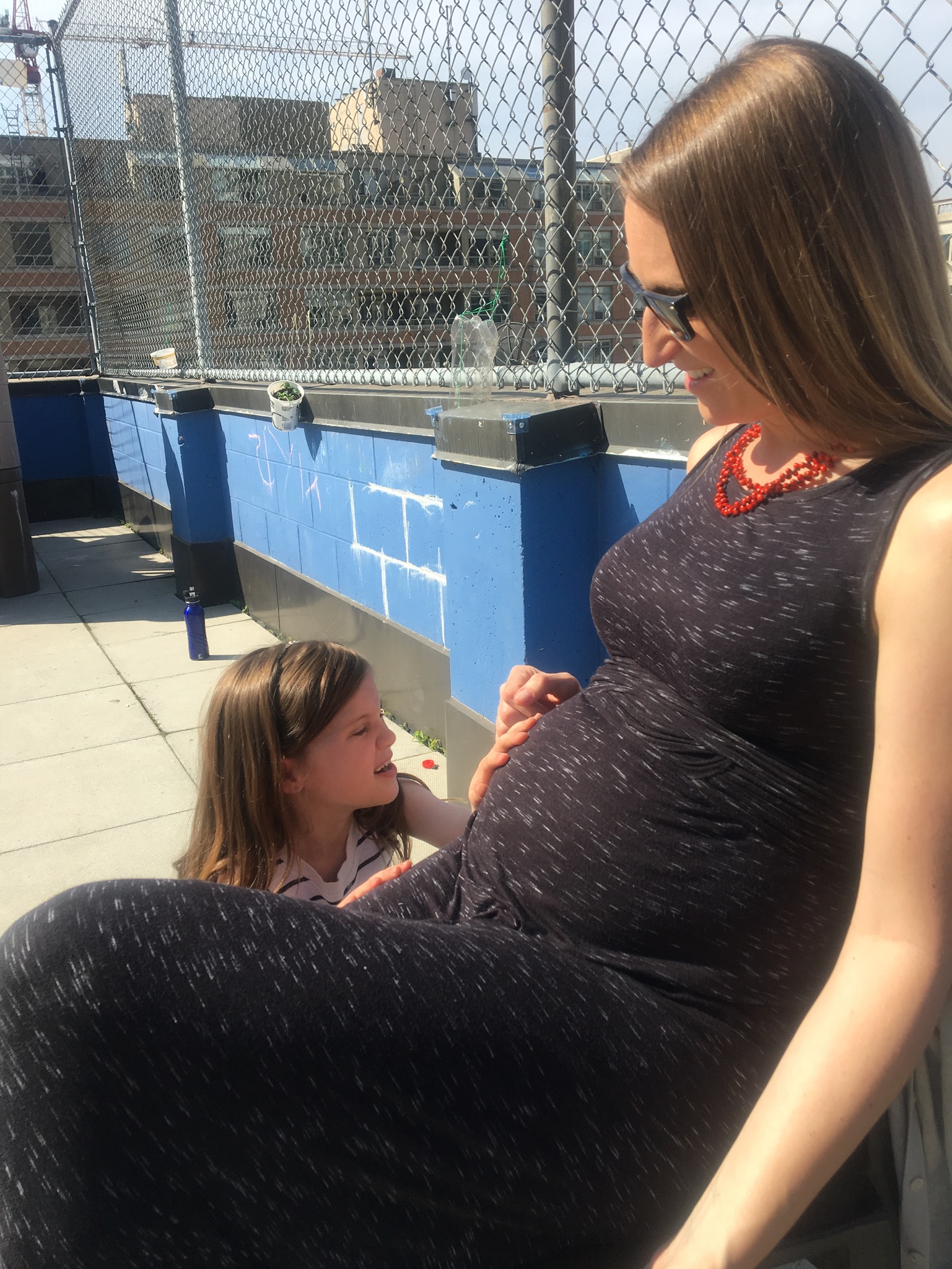 G is excited to feel the baby kicking for the first time. She tells a story about how much she used to kick when she was in her mommy's tummy. 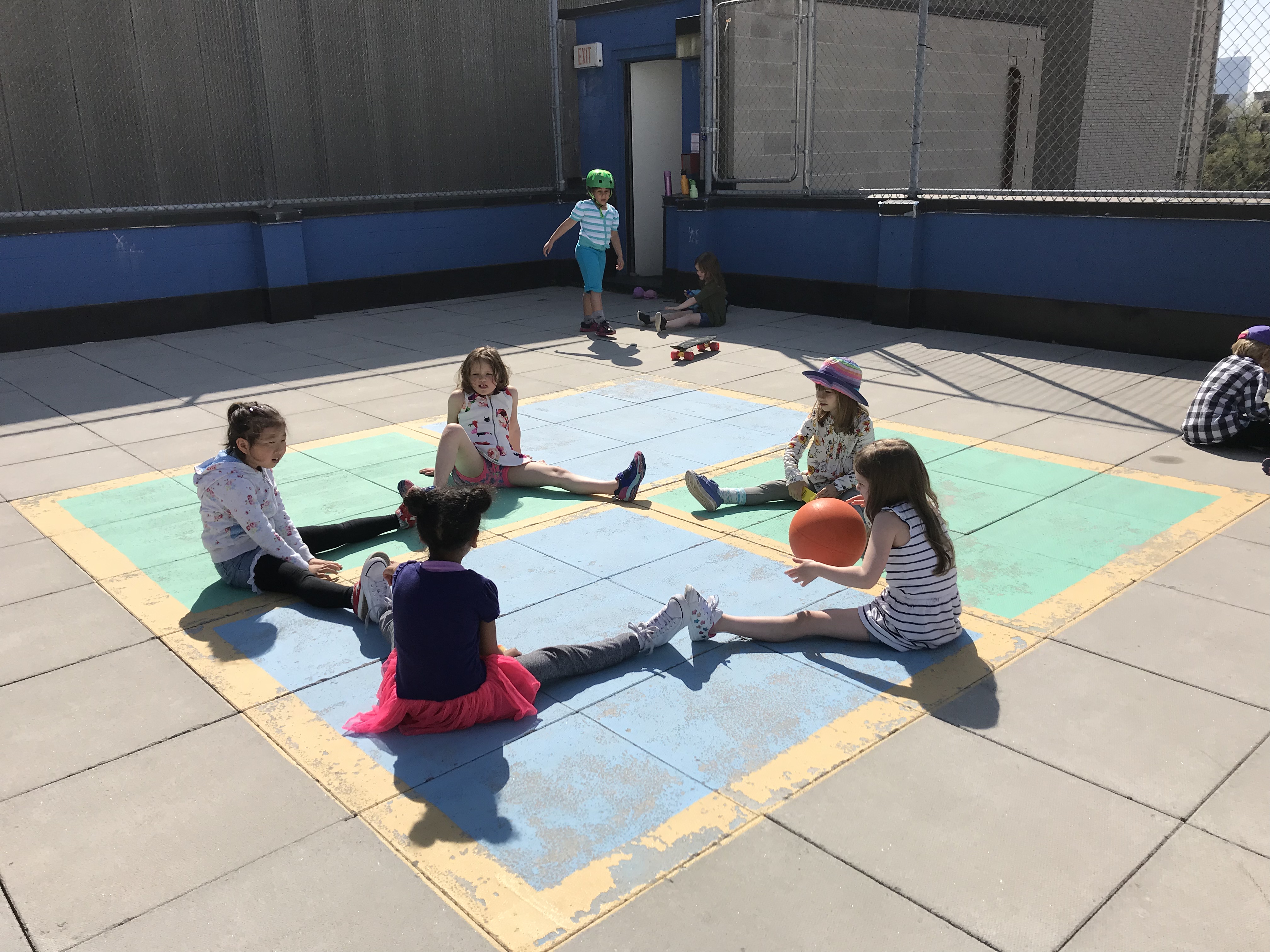 M, K, A, G, and Z form a star with their legs and roll the ball back and forth. The object of their game is to roll the ball with enough force that it jumps out of the star. 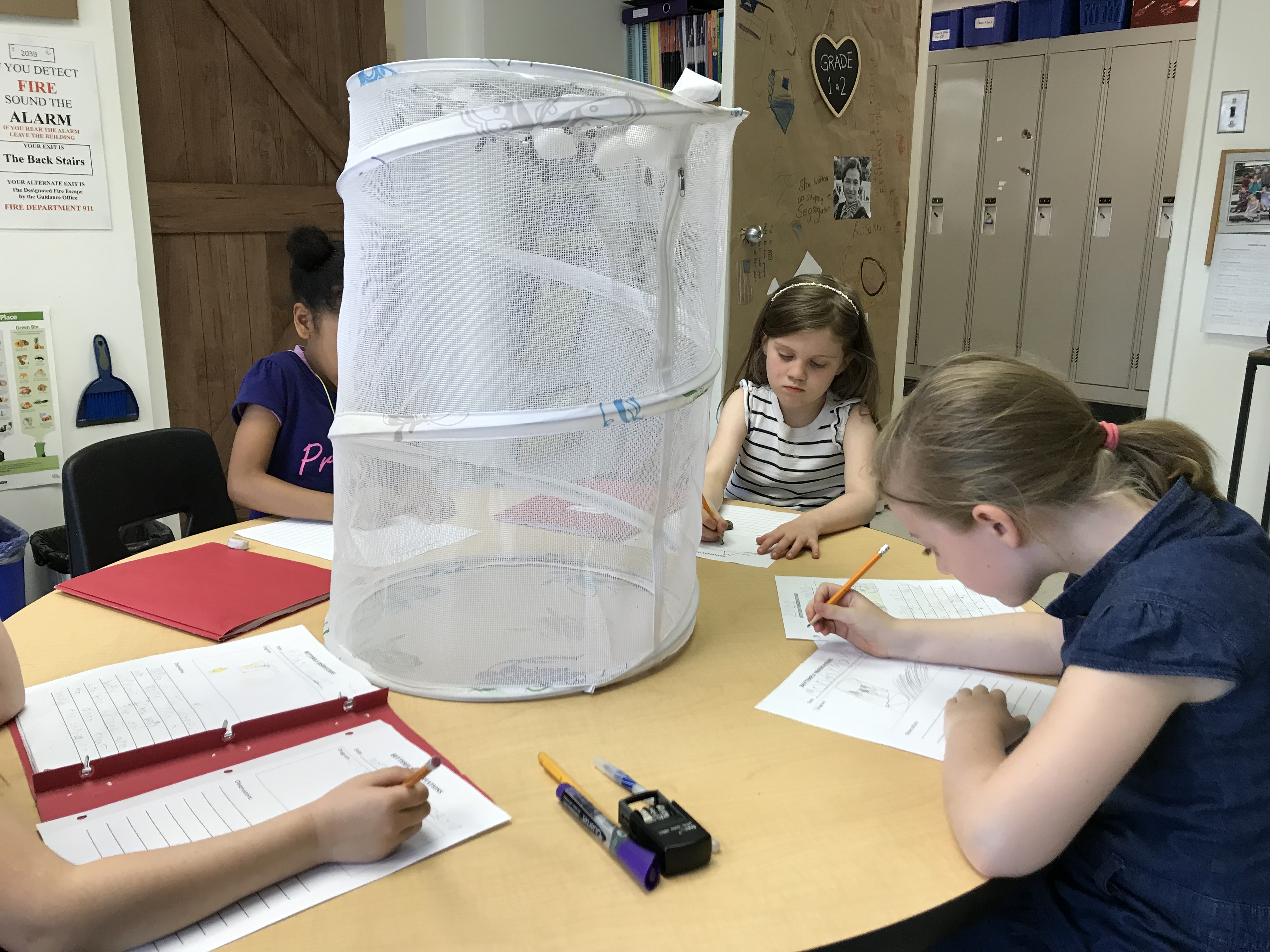 On Monday, the Grade 1-2s came back to find all of the chrysalises formed, hardened, and transferred to the top of the butterfly habitat. They draw careful diagrams and record their written observations in their science notebooks. 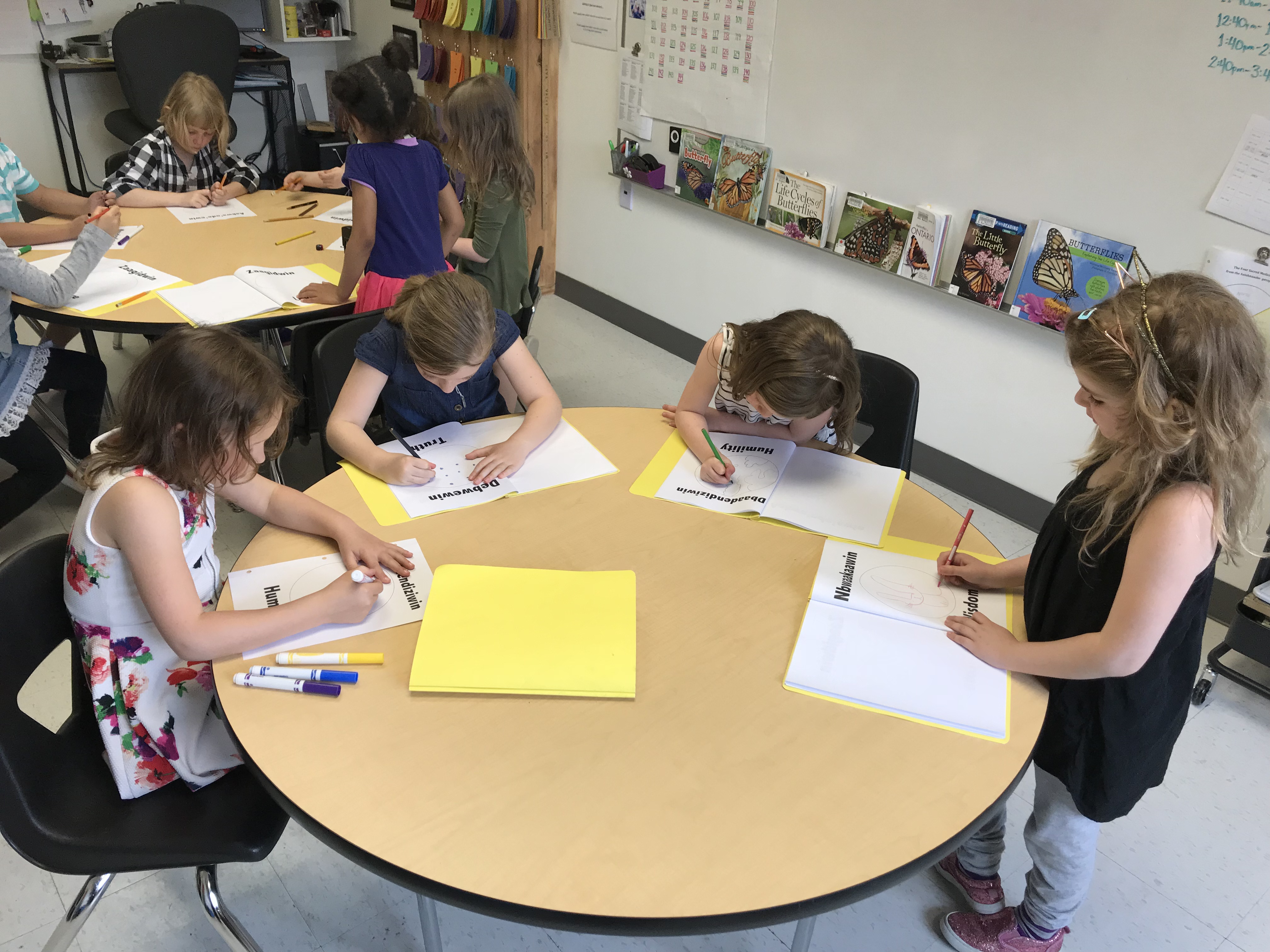 Ryan, one of our two Indigenous educators, returned to Linden to work with the students on learning the Seven Grandfather Teachings. He began by telling them the story of Skywoman and then talking about the seven teachings of love, truth, courage, honesty, humility, wisdom, and respect. 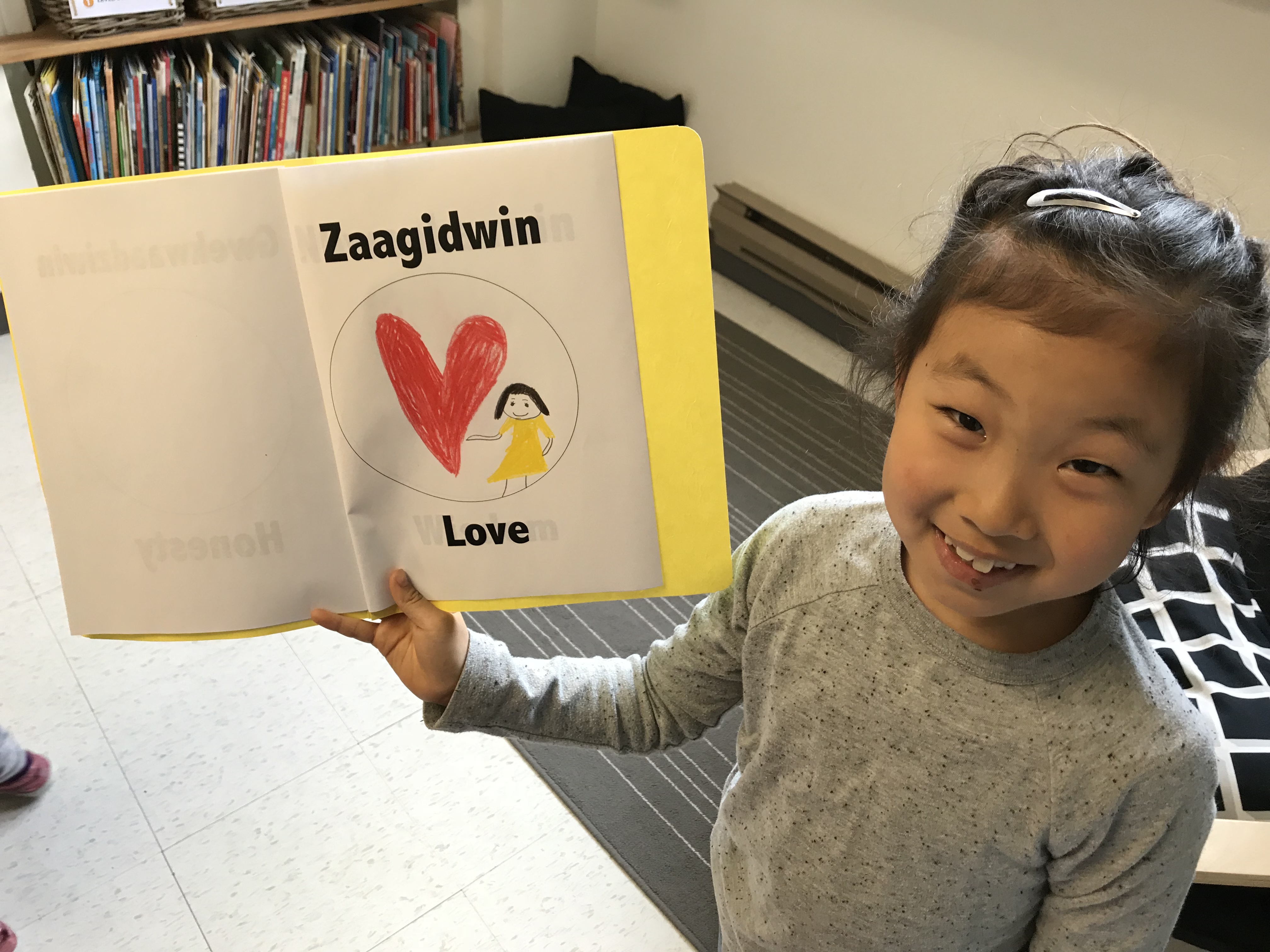 After learning about the significance of each of the Seven Grandfather Teachings, students had the opportunity to illustrate their own set. M shows her illustration of 'love' which features a drawing of her mother. 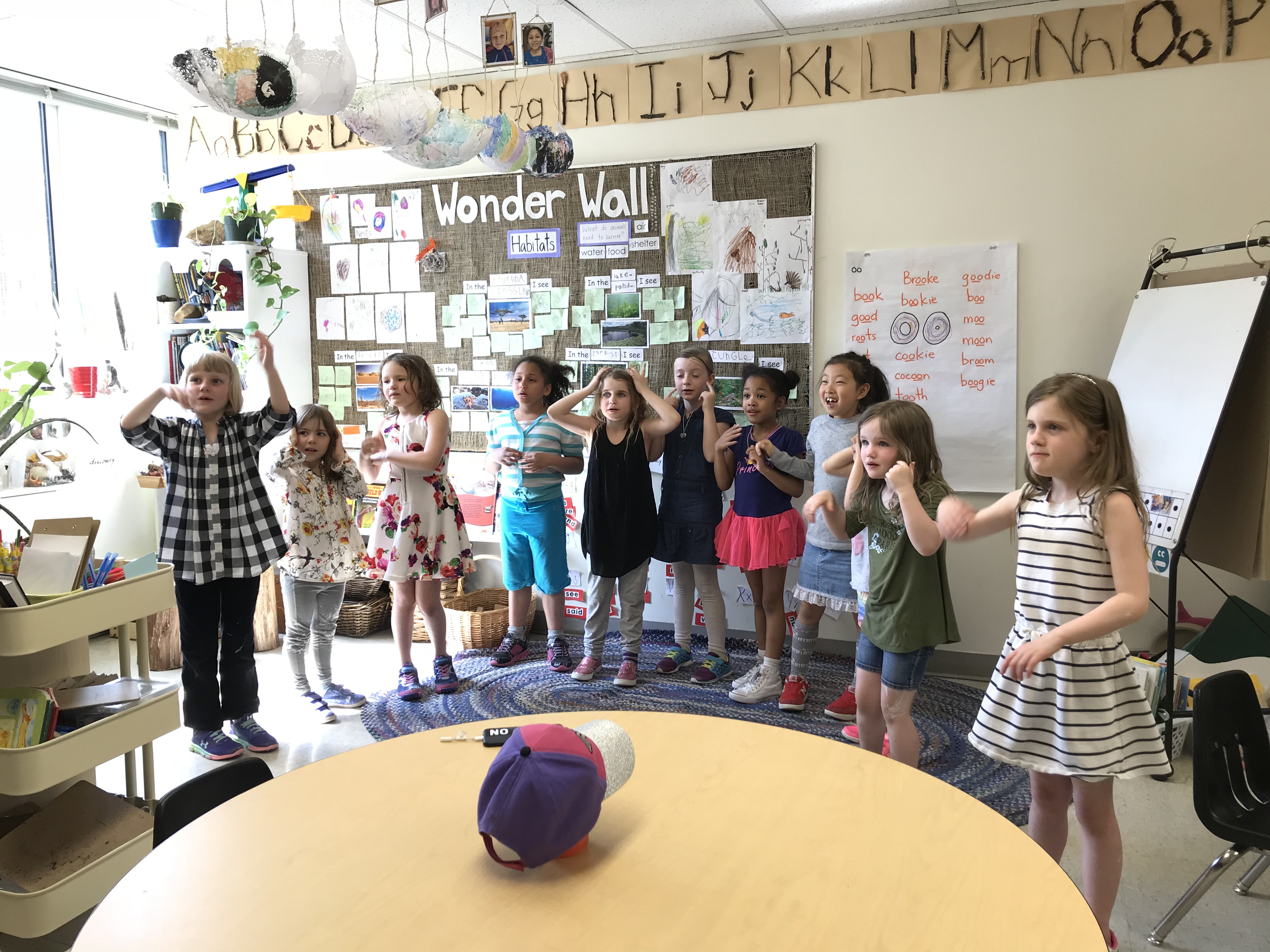 The Grade 1-2s and Early Learners perform a very silly action song called "Now What Have We Here?" in Music/French class. 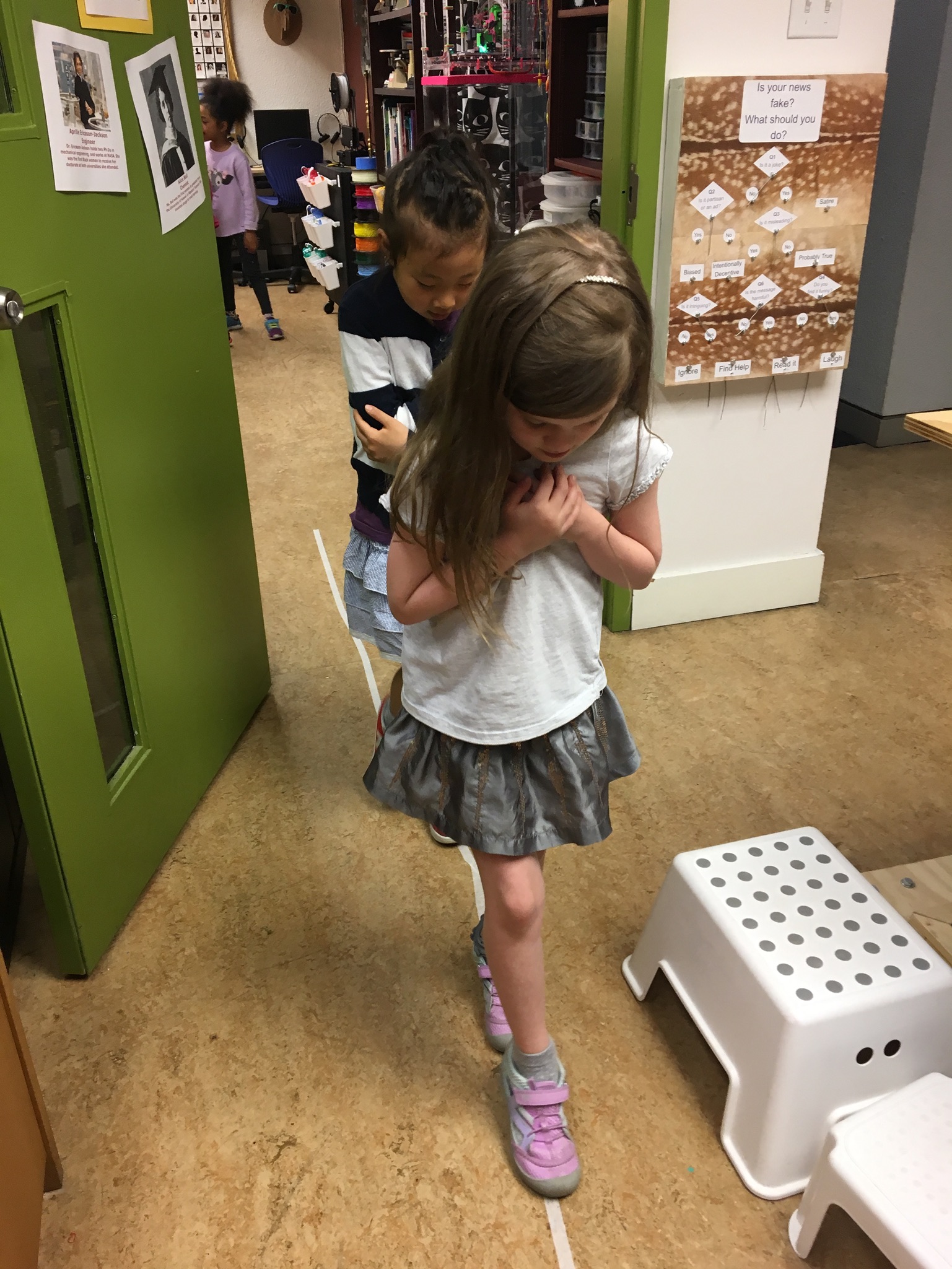 In CERES class, students experiment with maintaining their balance with their arms tucked in. 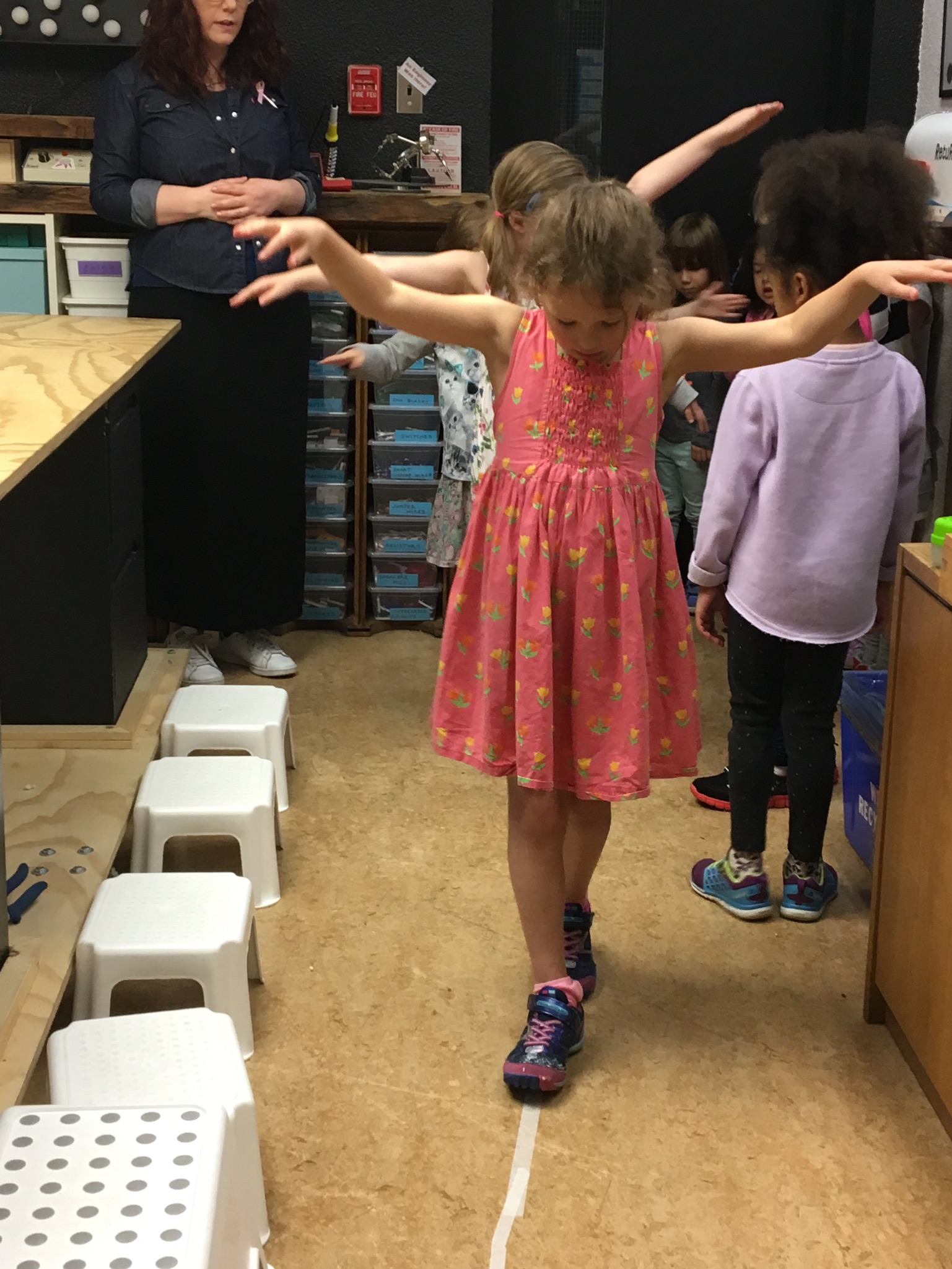 They discover that it is much easier to balance with their arms outstretched. Students then use these principles to build balance toys. 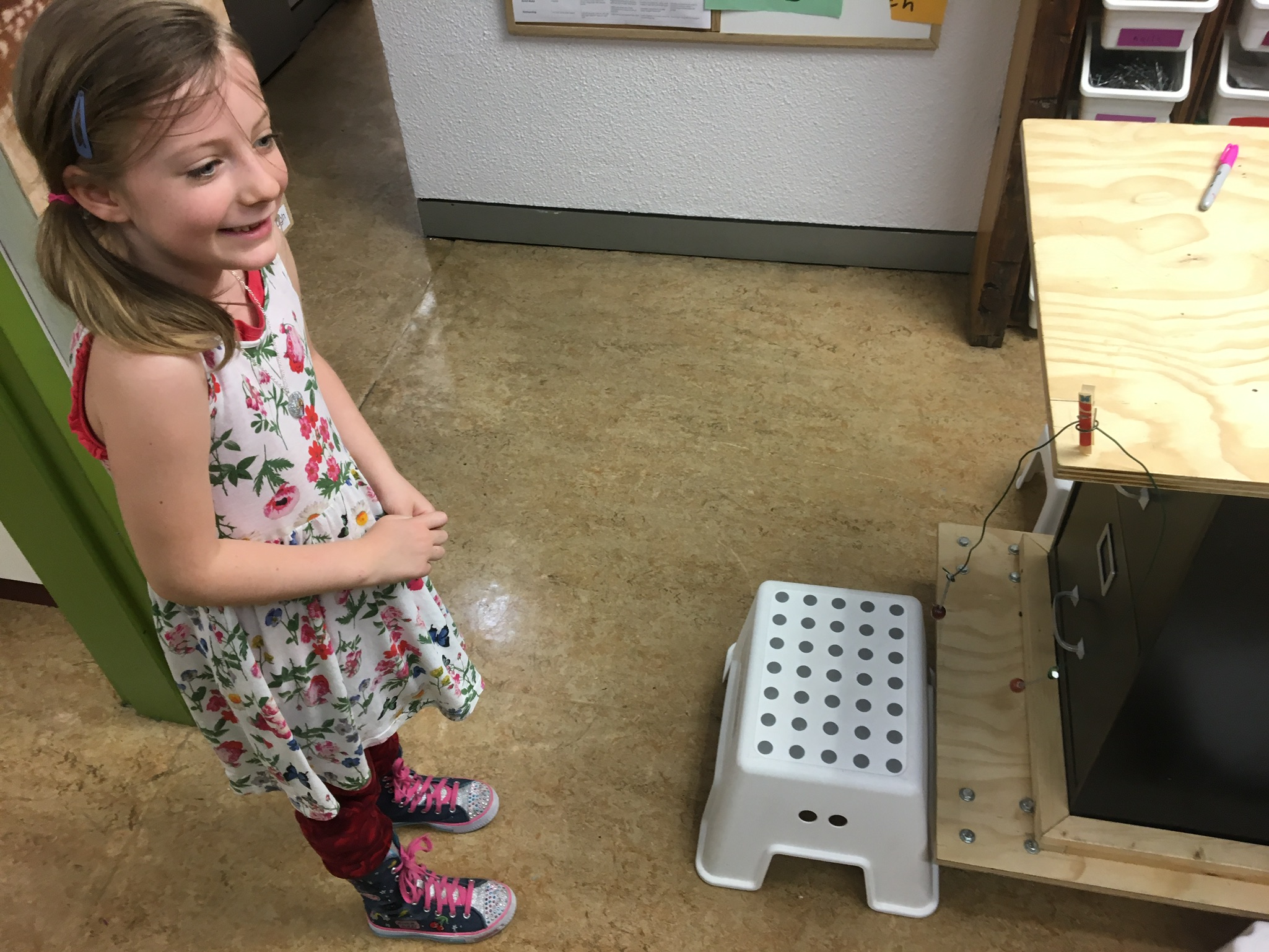 S celebrates being able to perch her balance toy on the corner of a table in the CERES lab. 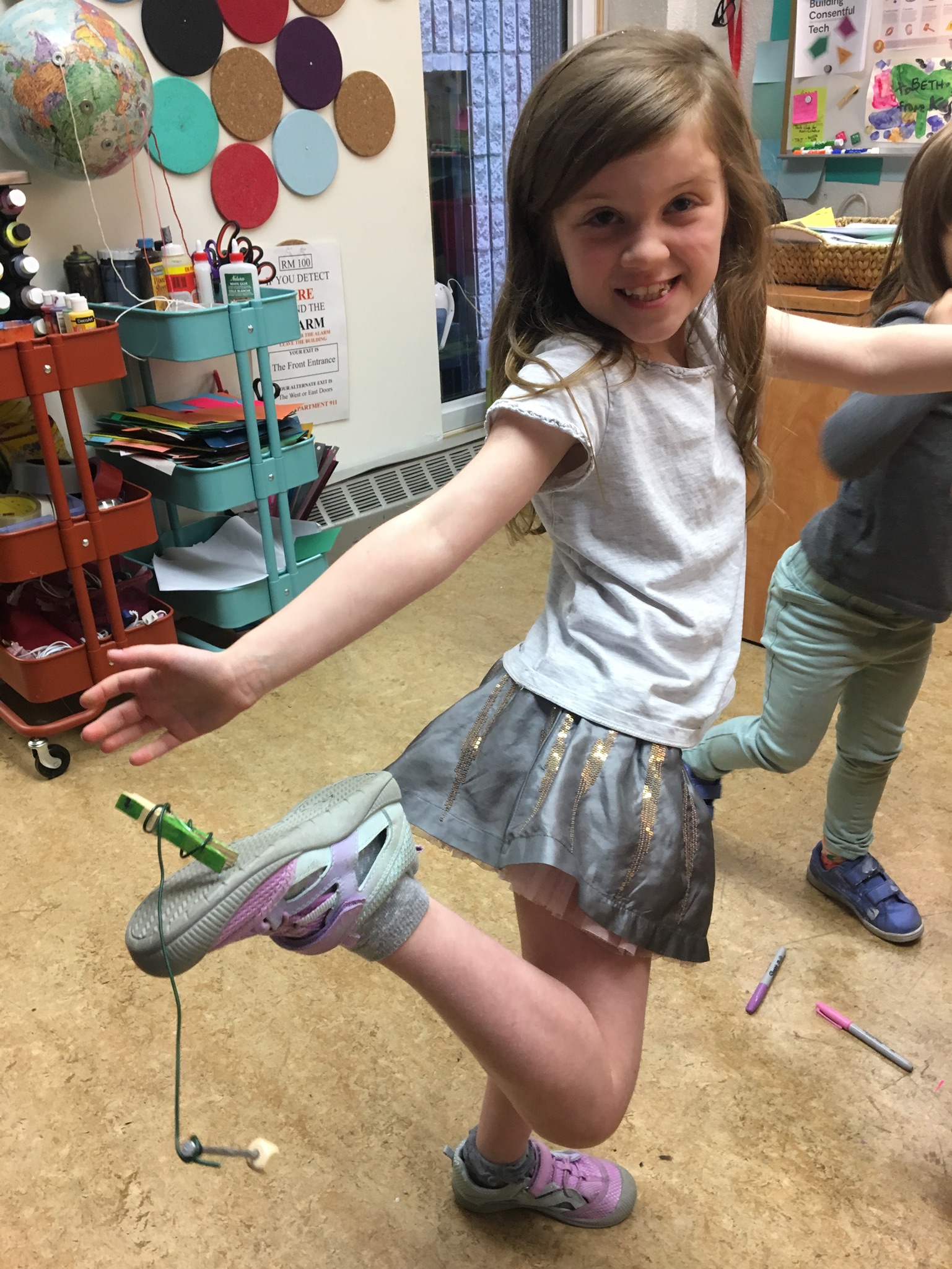 G is able to balance her toy in a very contorted position! 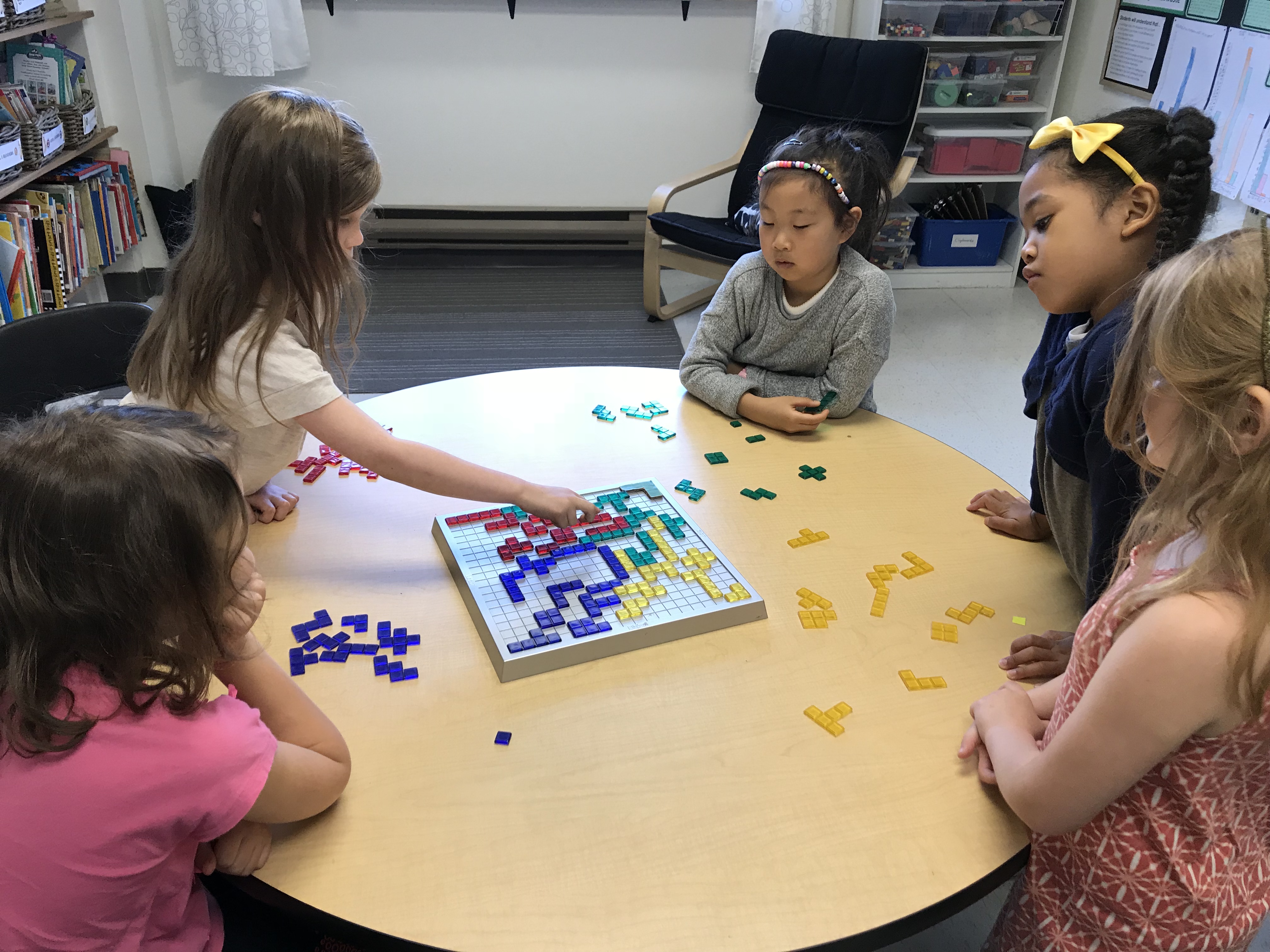 The Grade 1-2s celebrate the end of a very focused and intensive writing period with a game of Blokus, which helps them to reinforce their ability to differentiate between sides and vertices. 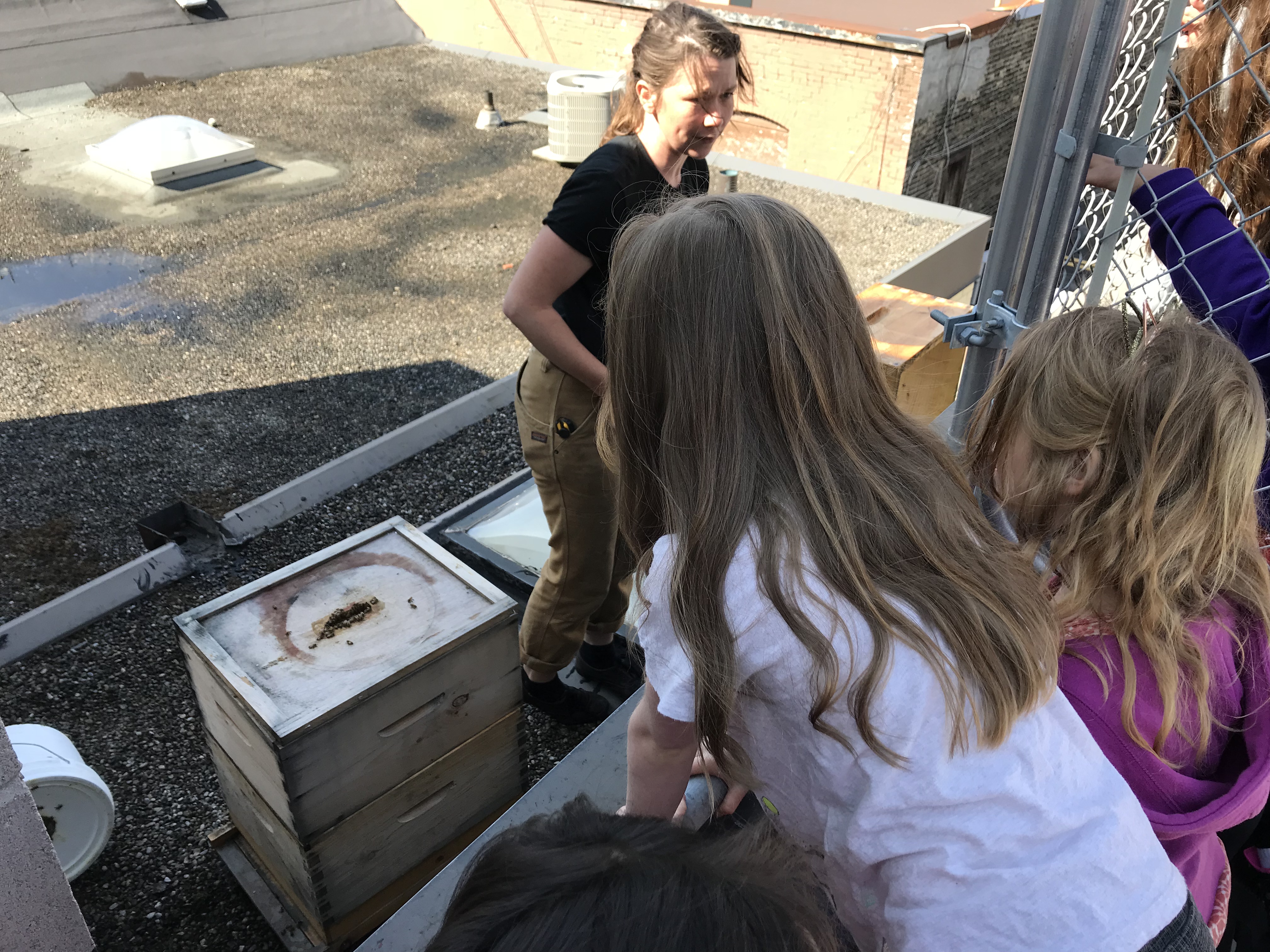 G and M get up close as the Alvéole beekeeper works on preparing our hive for a colony split. G is keen to get a chance to see the queen. 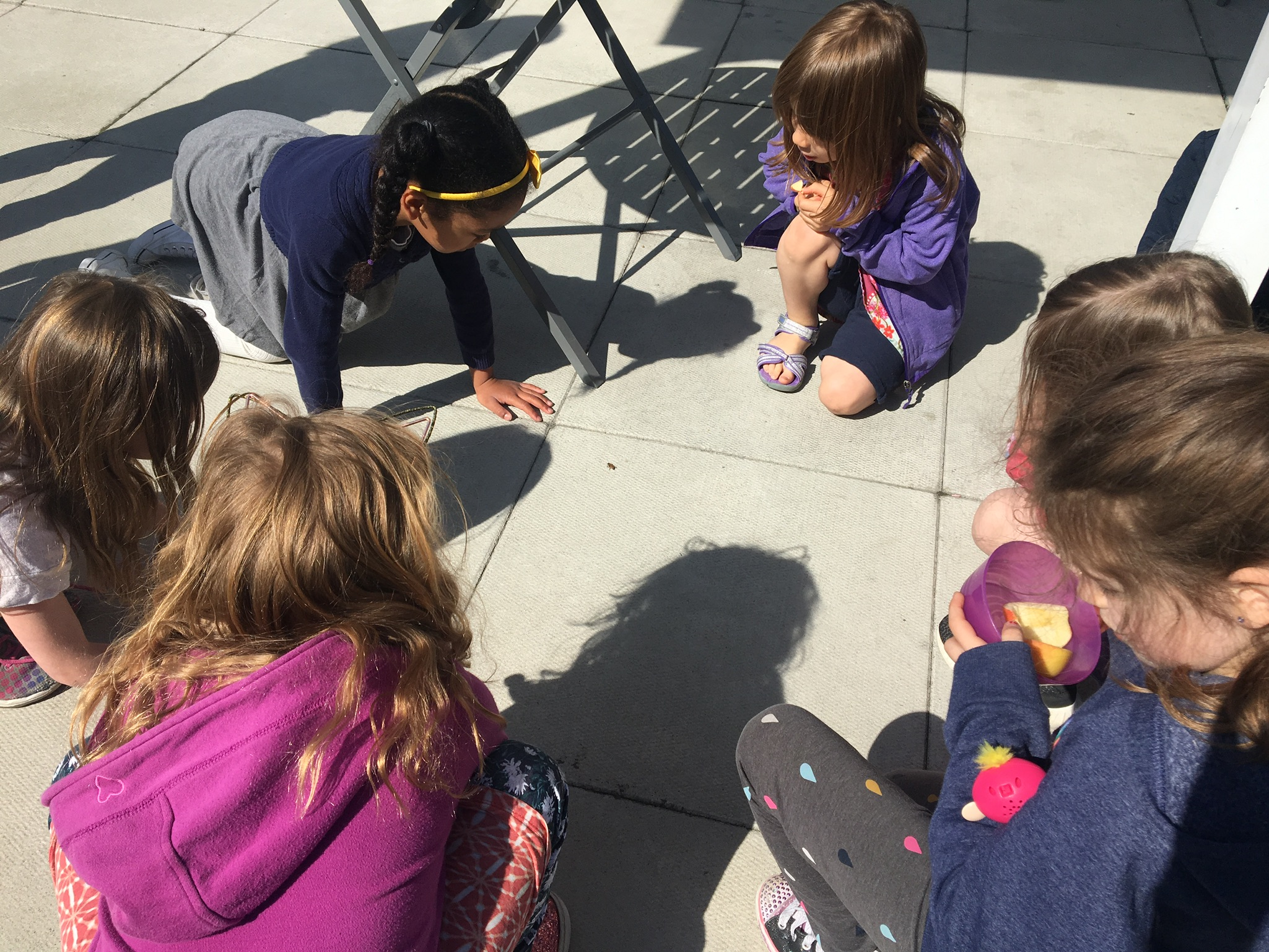 The students form a calm and protective circle around a bee who has flown into their rooftop play area. It is remarkable how this program has helped reduce their anxiety around bees by increasing their level of connection and understanding. 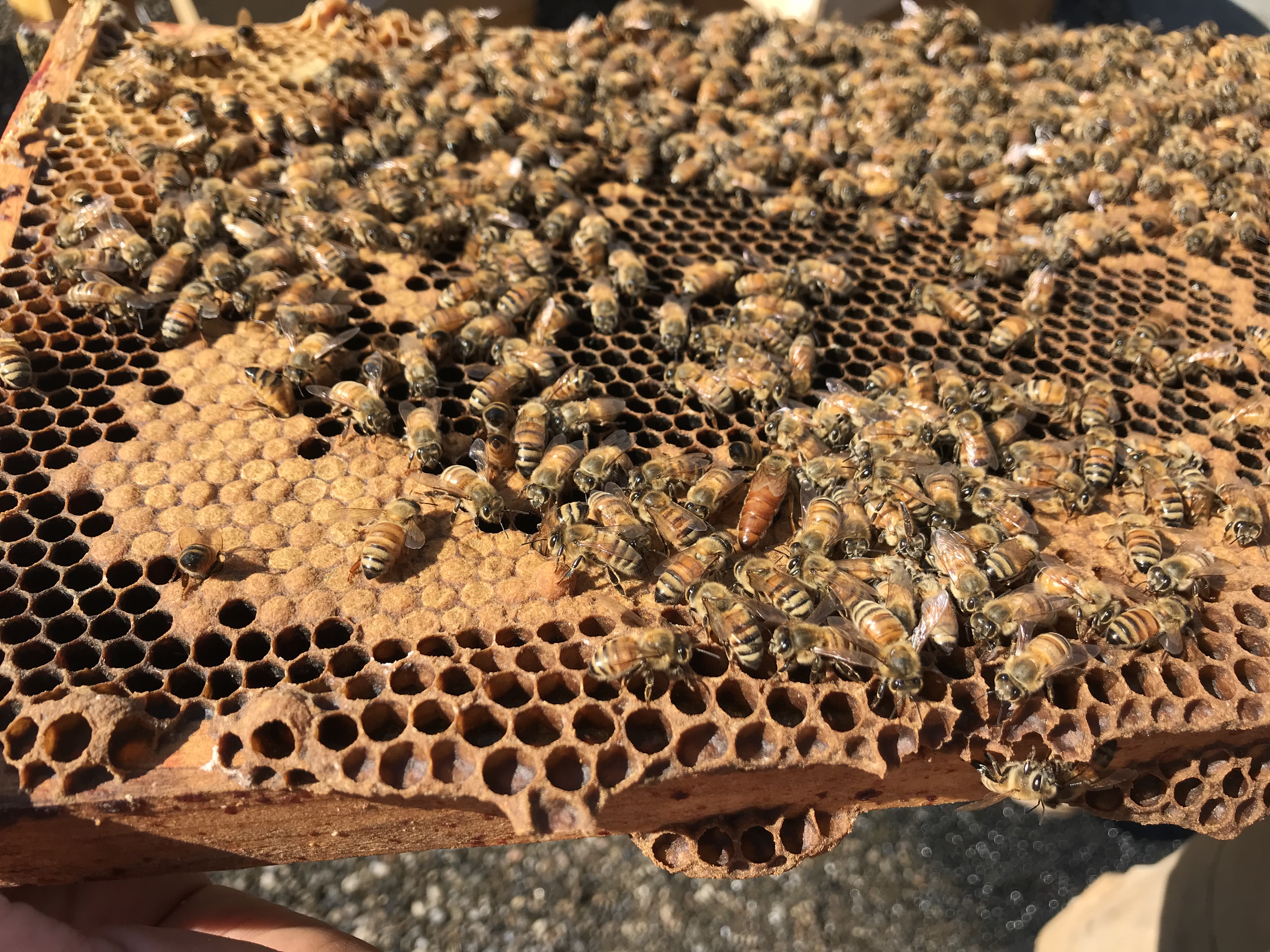 See if you can spot the queen! Her body is much longer to help her reach deep into the honeycomb cells to deposit her larvae in just the right place. 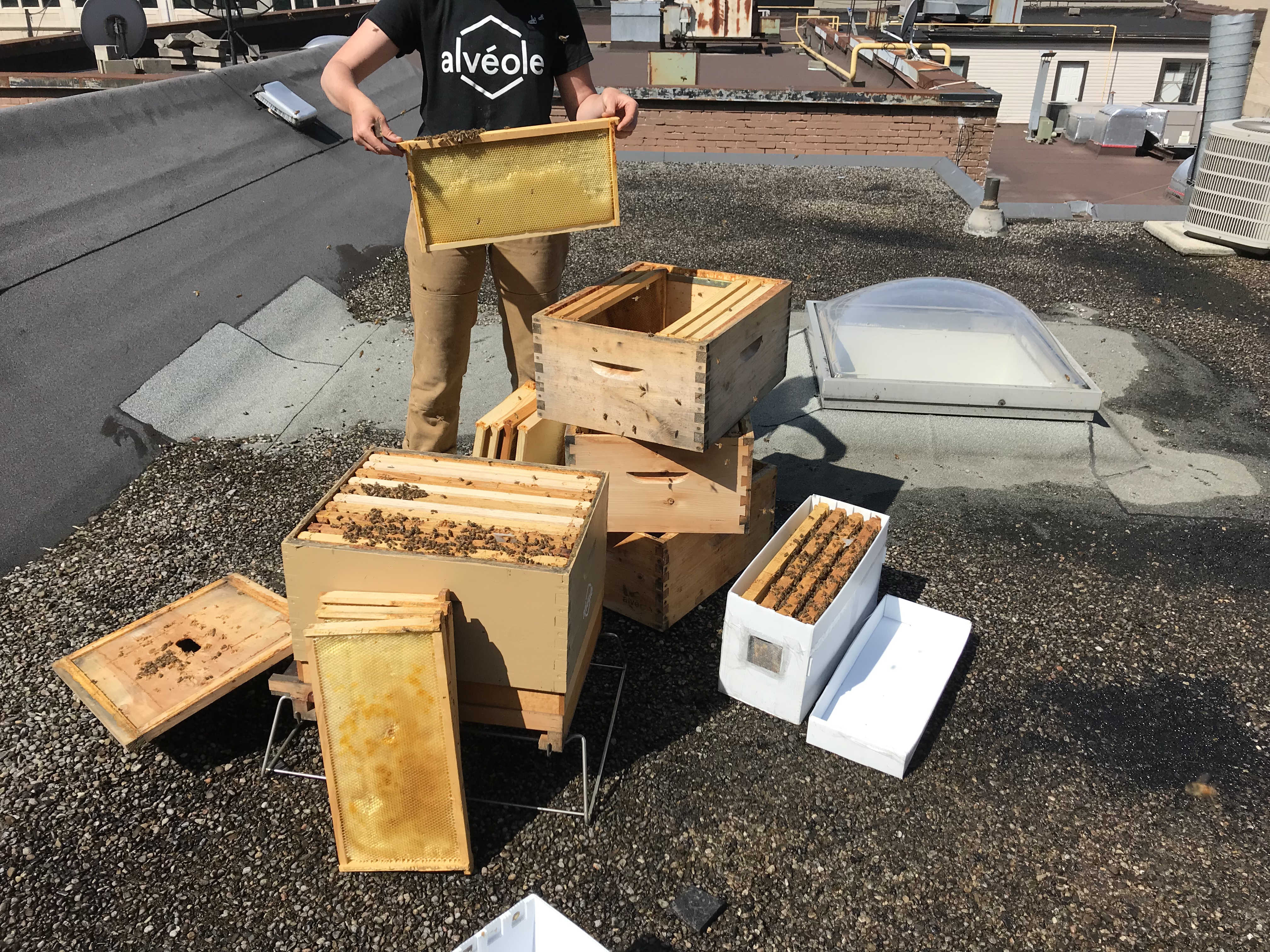 The beekeeper works on splitting the colony. To avoid swarming and unhealthy urban colony behaviour, the beekeepers remove a portion of the bees in the hive and use them to help form a new colony. This step will require them to introduce a new queen very gradually to allow her to establish dominance over the hive. Our beekeeper remarks on how healthy our colony is based on their level of production so early in the year.