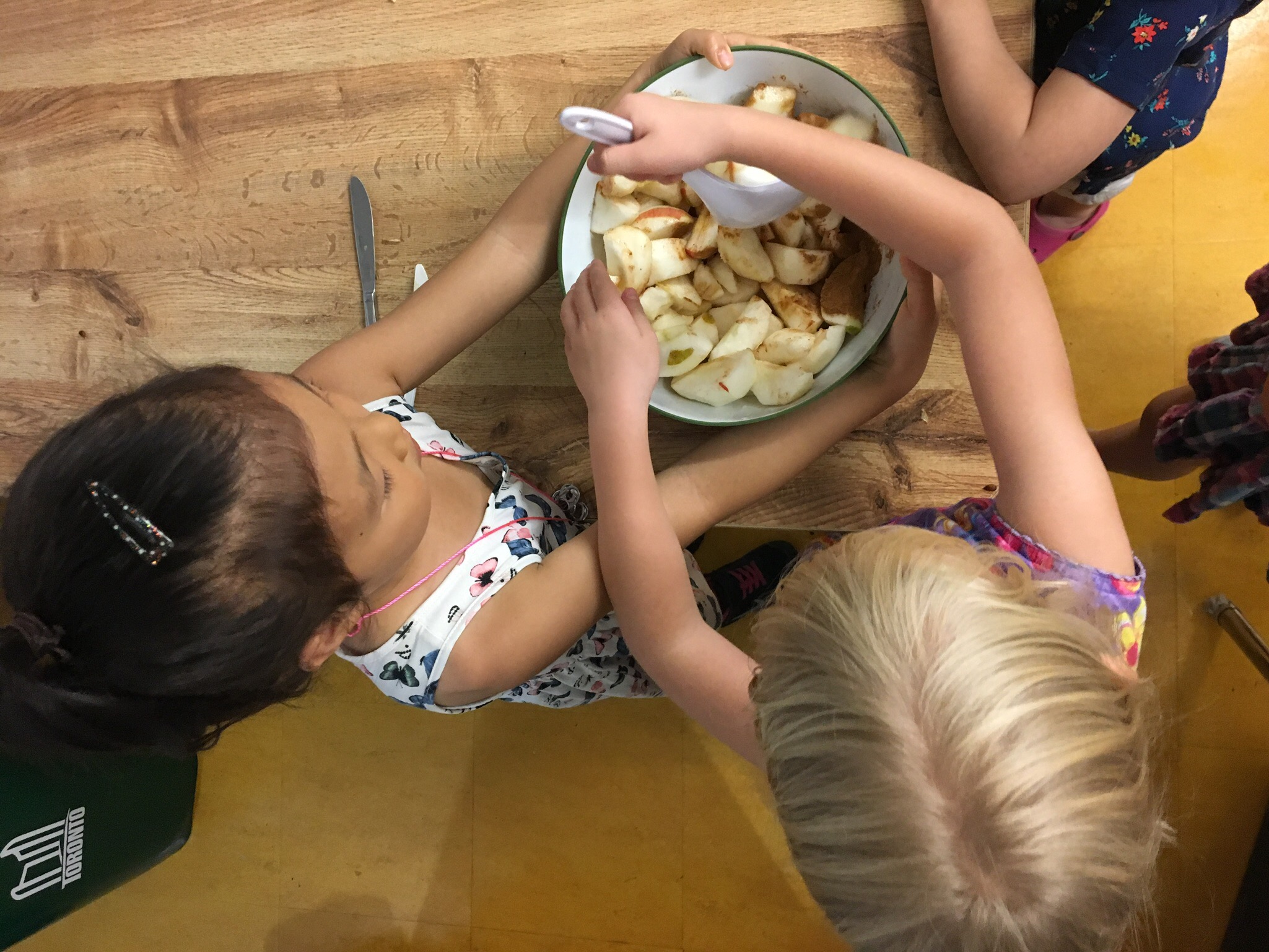 For this week's blog, all of the captions and explanations are written by our Grade 1-2 students. Once a month for the remainder of the year, the students will be the bloggers and will have the opportunity to explain their learning to readers.

This week, many clubs started at Linden. Students made apple sauce in Cooking Club, drew fantastic pictures in Mythical Creatures Club, got back into the strategic mindset in Chess Club, and got some bonus CERES time in Makers Club. In math class, the Grade 1-2s worked on number orientation and addition strategies. They learned about the Anishnaabe medicine wheel and the importance of the four directions in social studies. We continued our bee inquiry project with a visit from our Alvéole beekeeper, Madison, where students learned to differentiate between bees and wasps and heard a lot of interesting information about urban beekeeping during All School. Our bin of musical instruments continued to be a hit during rooftop recesses and we wrapped up the week with a birthday party for Savannah, our Early Learning teacher. We are looking forward to a fantastic Week Without Walls next week! 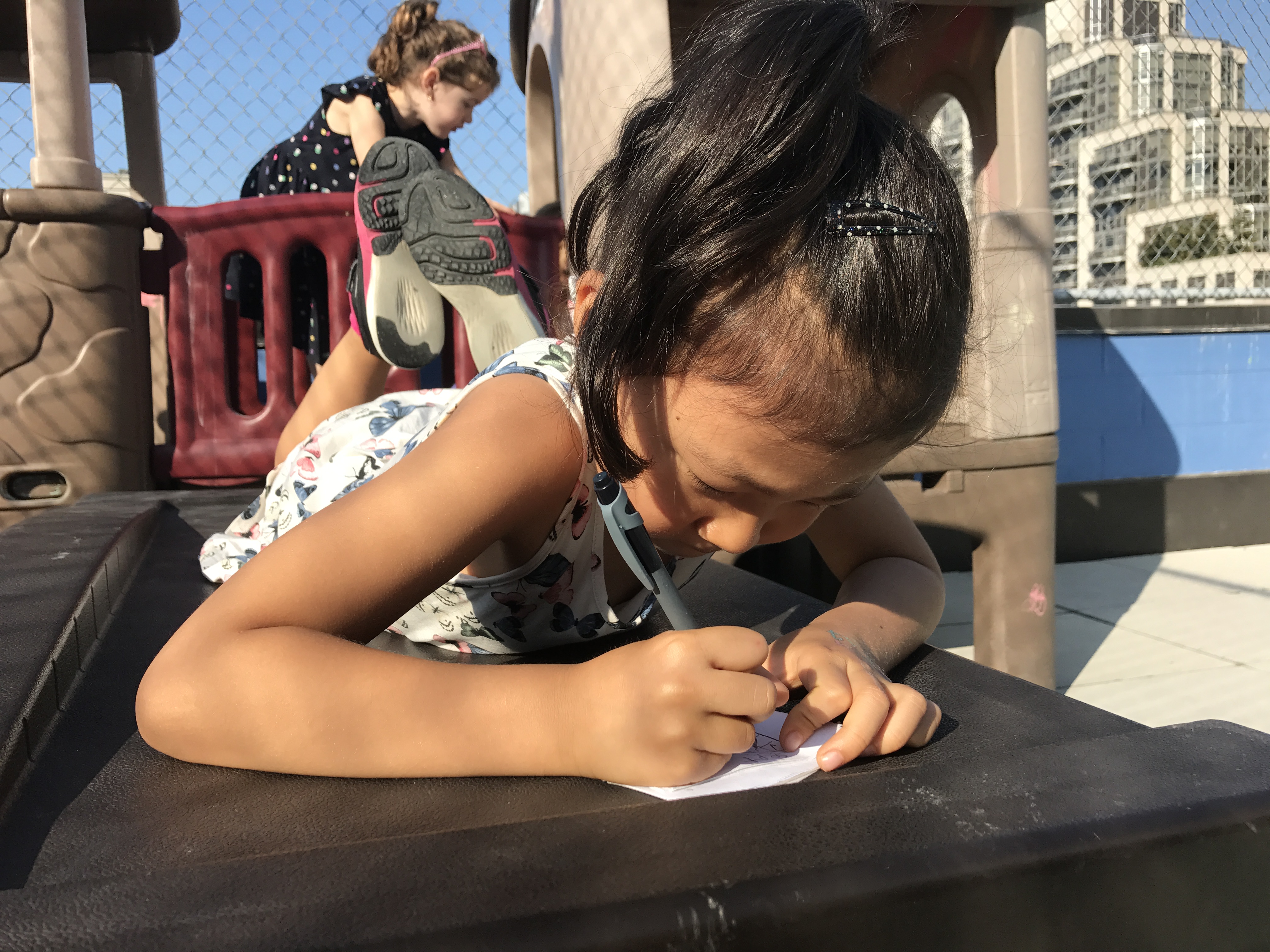 M: “I was drawing a picture on the roof and I was practicing how to draw perfectly with my notes that my friend gave me and I was kind of working so hard. I look comfortable by lying down while I draw.” 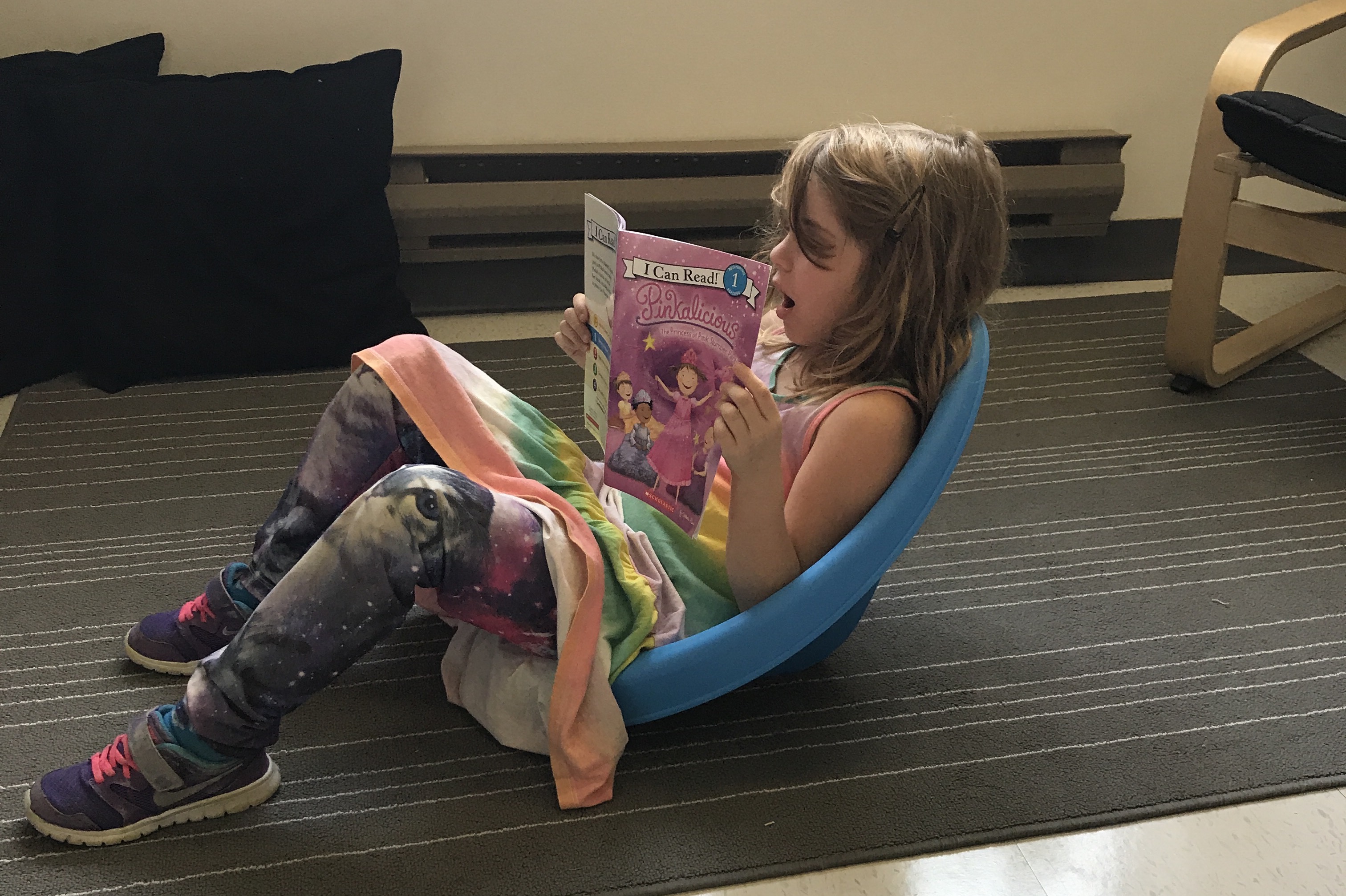 M: “I was reading a book on something called the rockie chairs and I was very focused reading the book.” 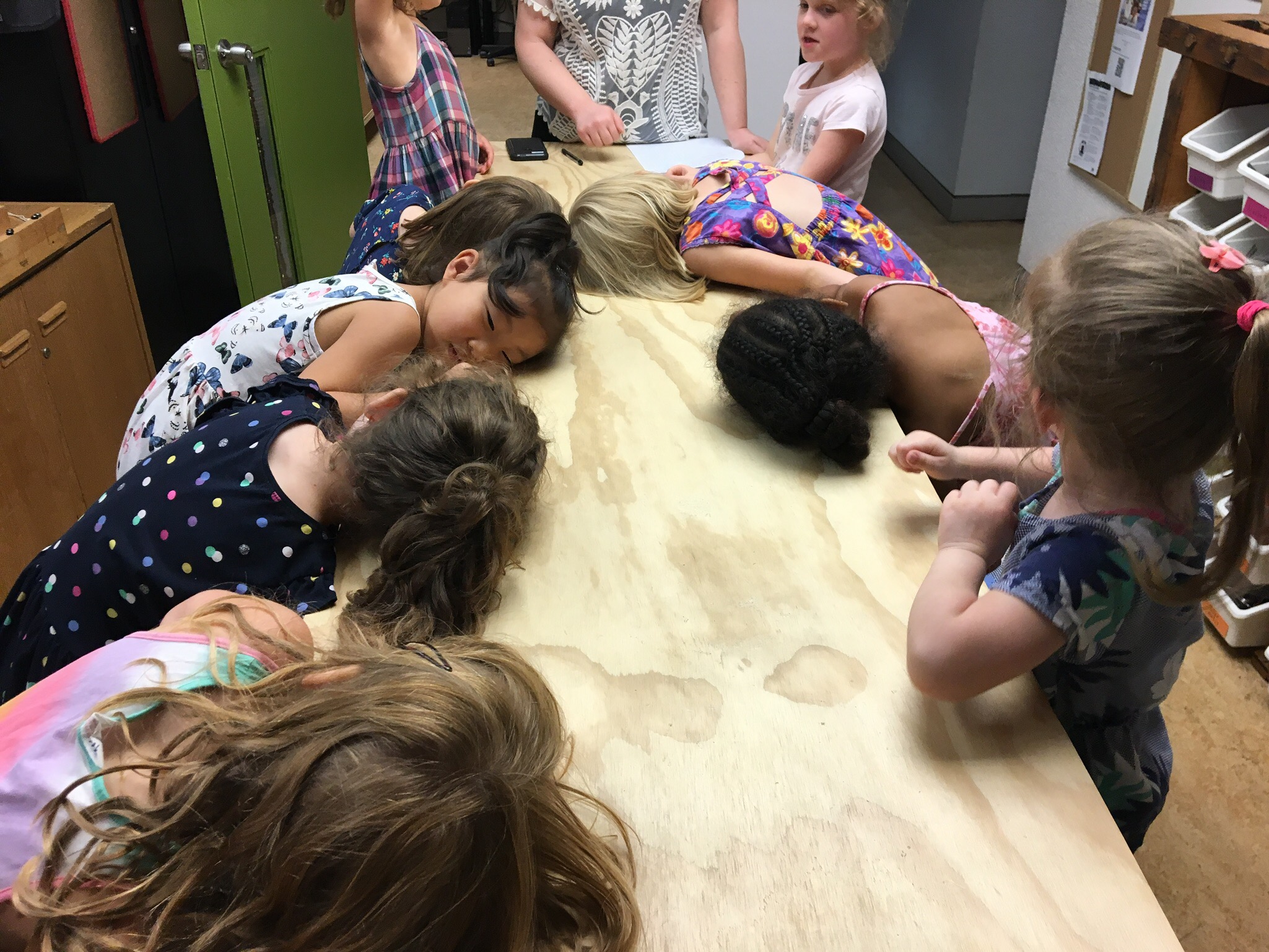 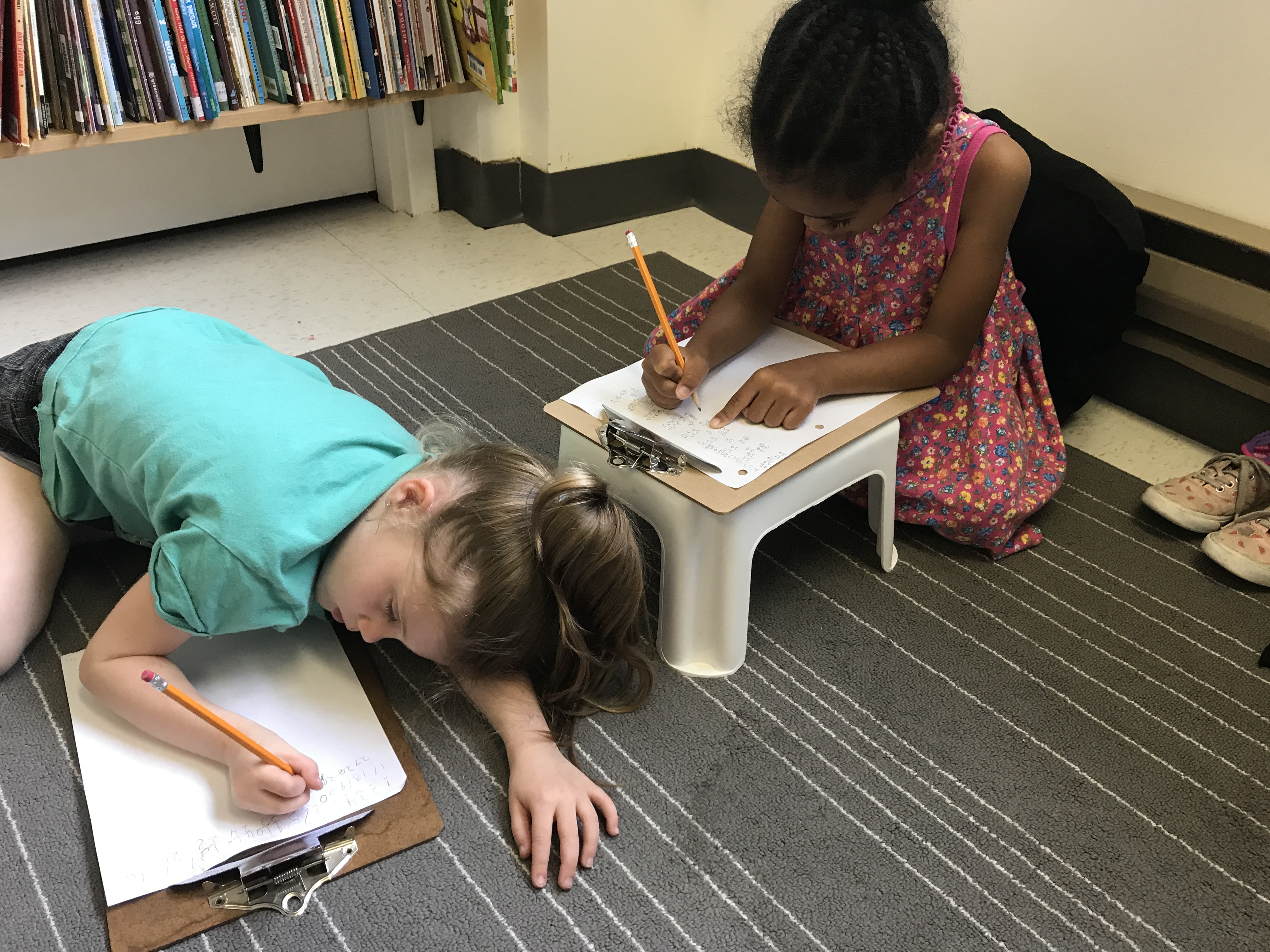 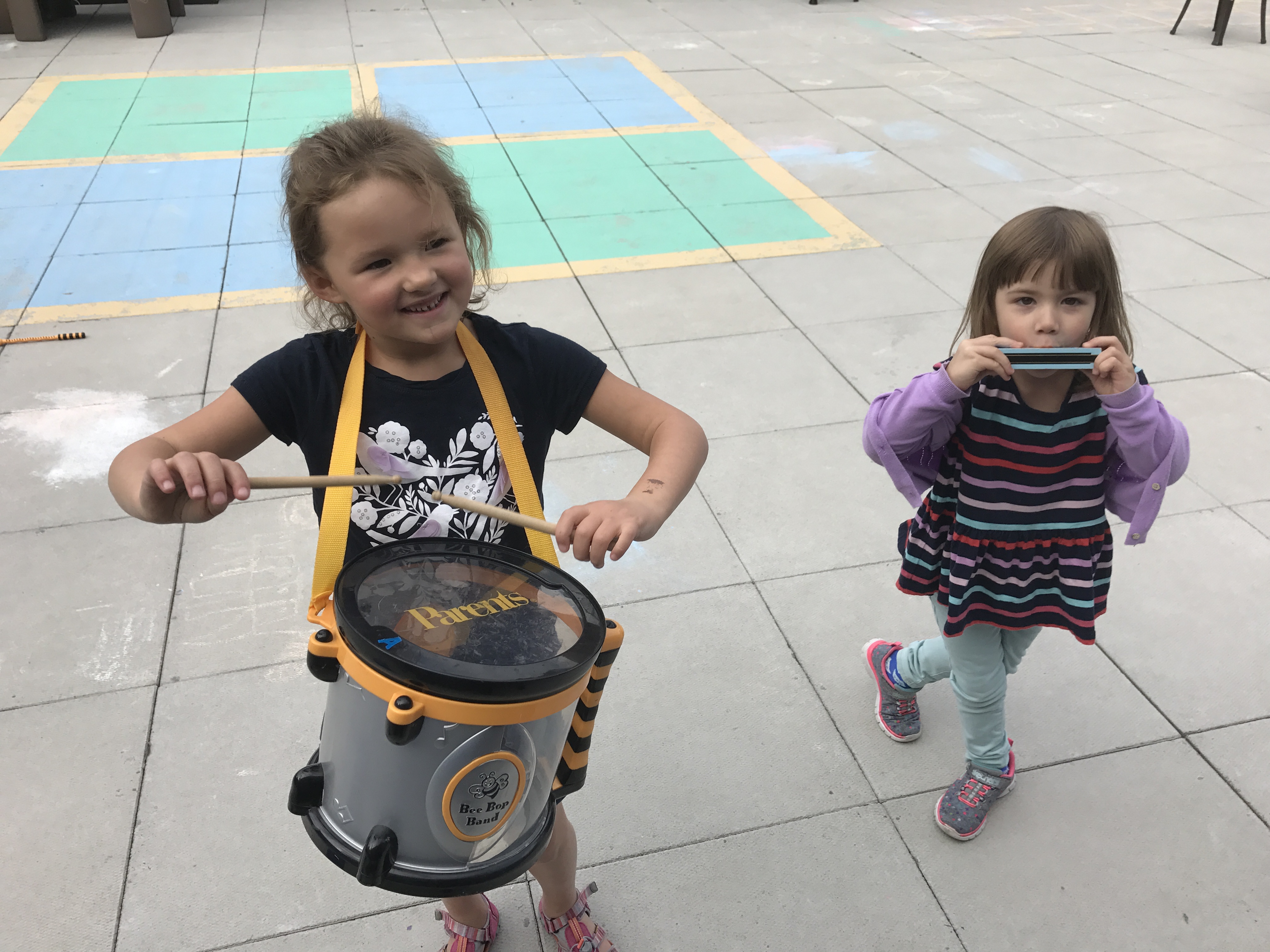 G: “A and K they were drumming fun music and I thought that they were really fun and also imaginate. And they do fun things with me and they also like drumming with me.” 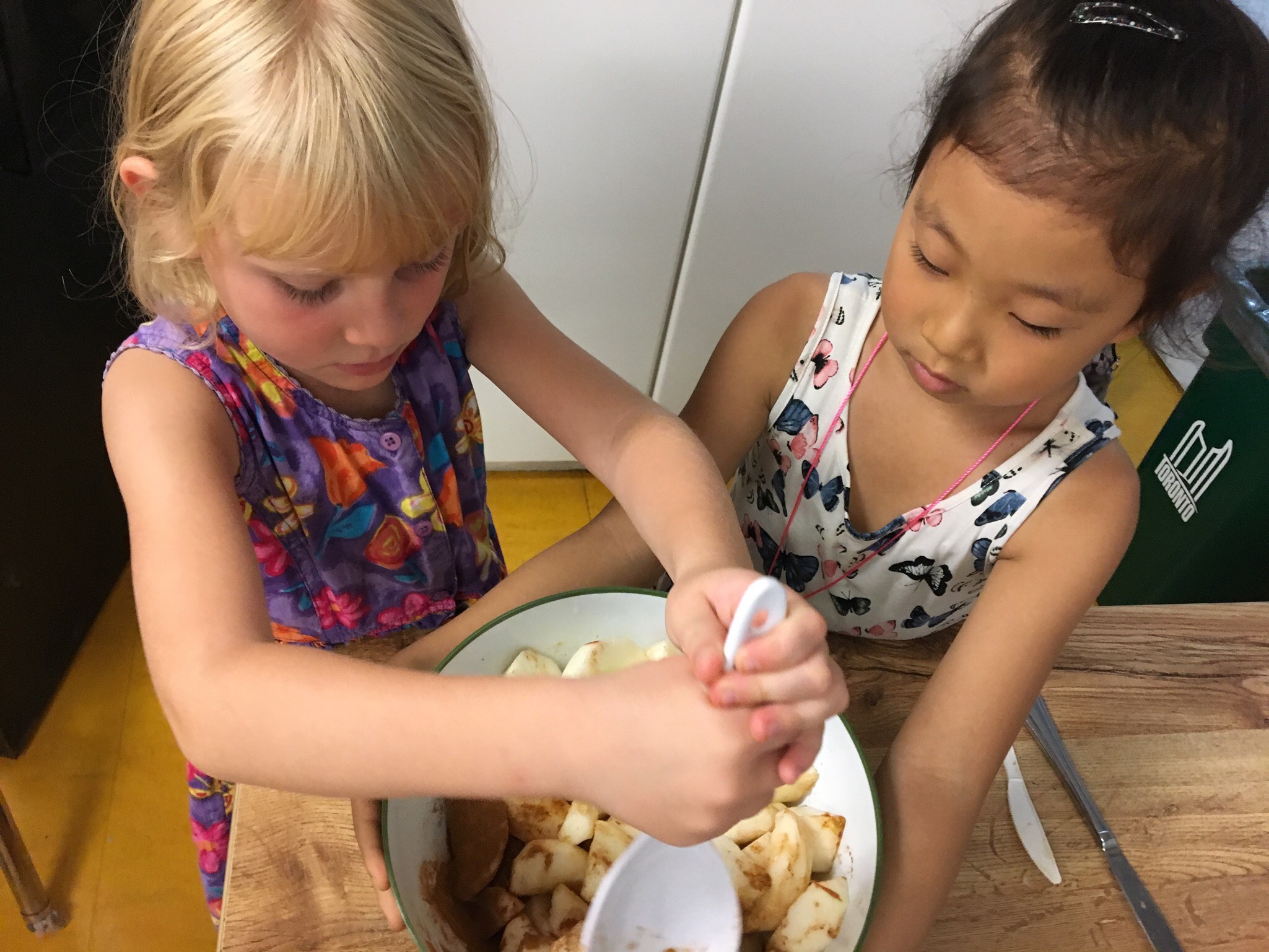 M: “In the kitchen it was a cooking club and we made applesauce with apples and lemon and cinnamon and water. Suddenly, we baked it and we mixed it with an immersion blender so it could be smooth and really soft so it looks like a real applesauce in the package.” 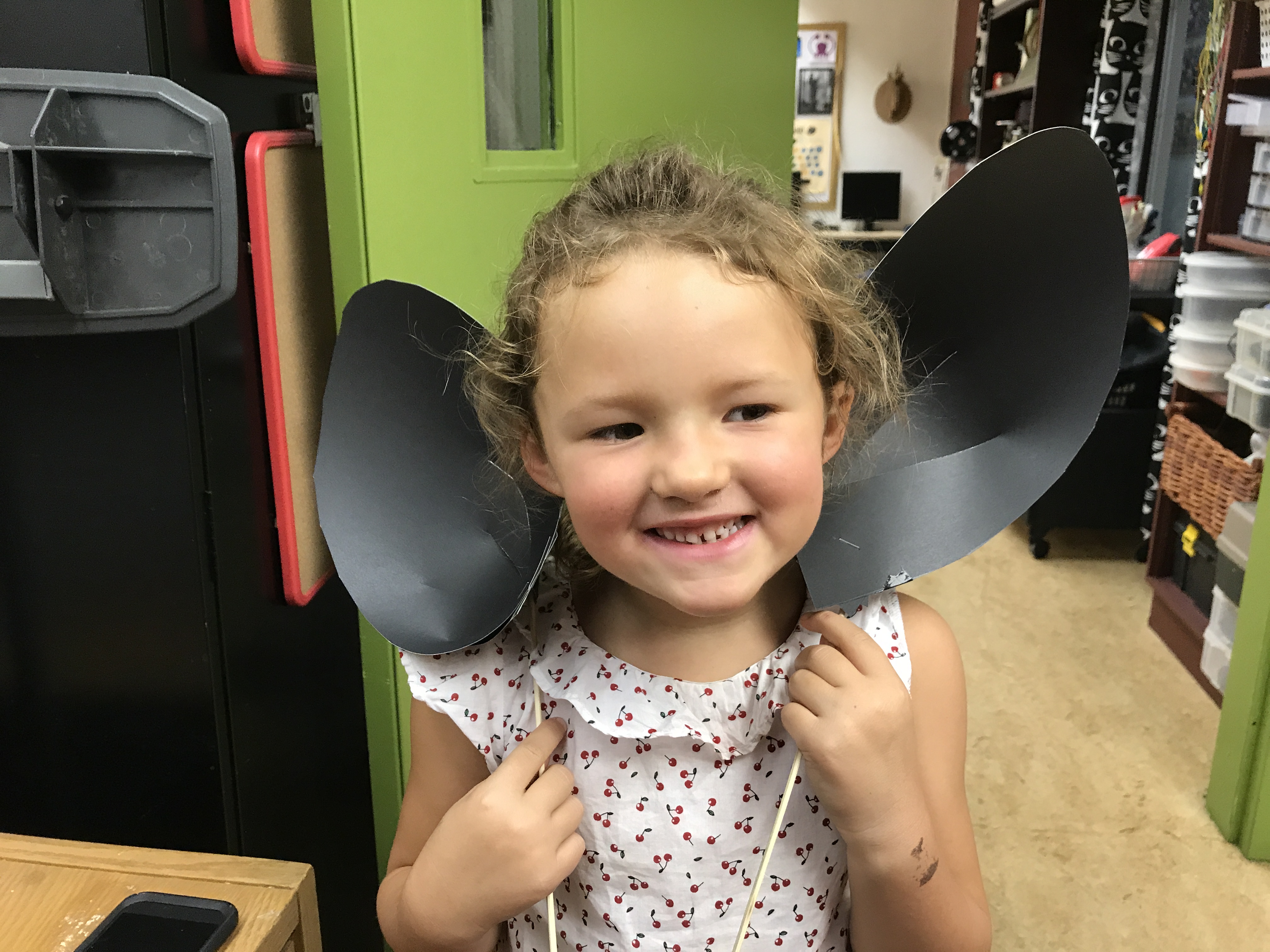 K: “We made bat ears so we can hear better and I was very grateful that I put my ears on and I said ‘Eeep eep!’ and it was very silly that I was laughing so hard that I sneezed.” 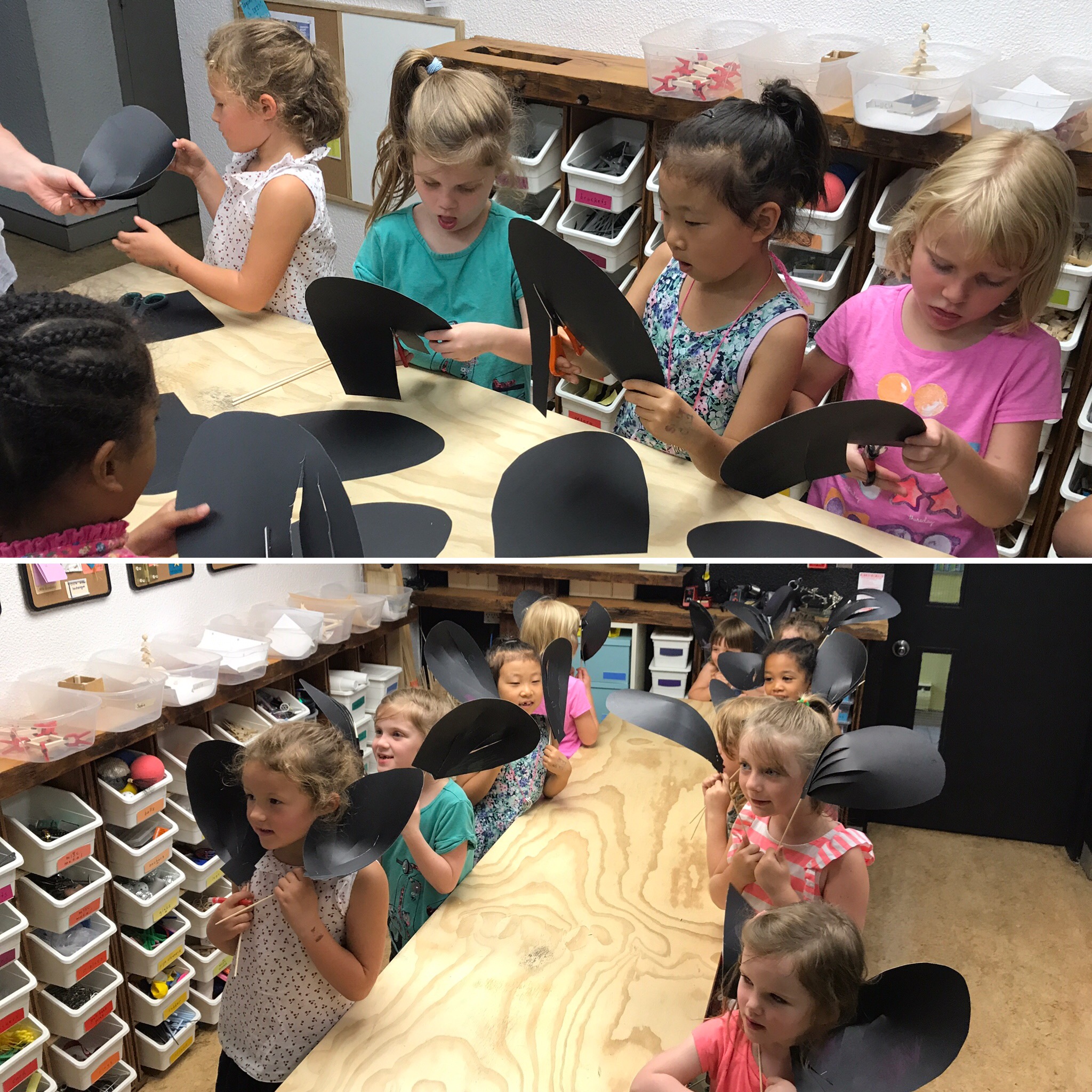 M: “We are at CERES and we were learning about bats so we made some bat ears and they do echolocation and we made them out of paper and a stick.” 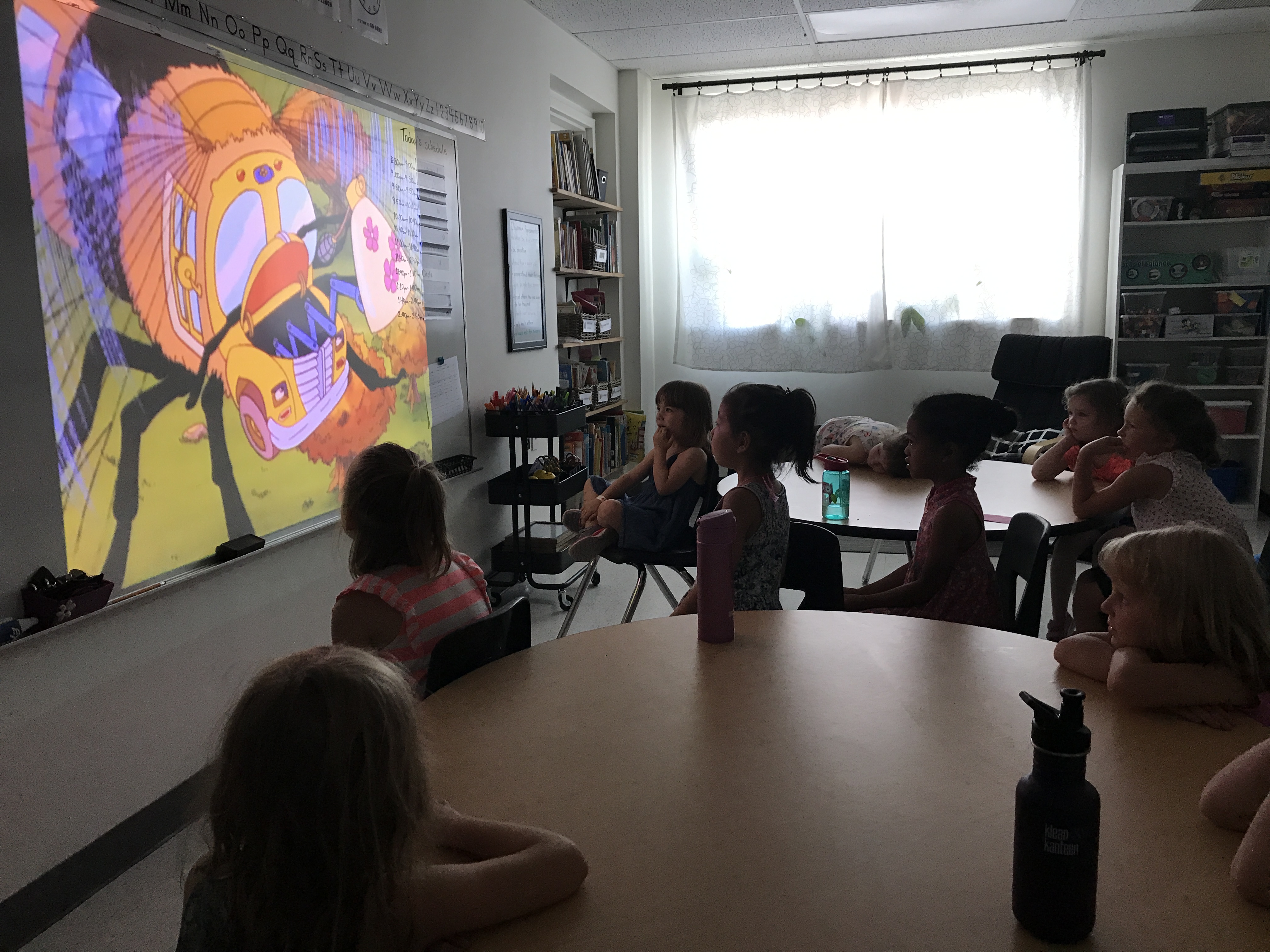 S: “We’re watching The Magic School Bus to try to learn more about bees. My favourite part was when the kids turned into bees and went in the beehive.” 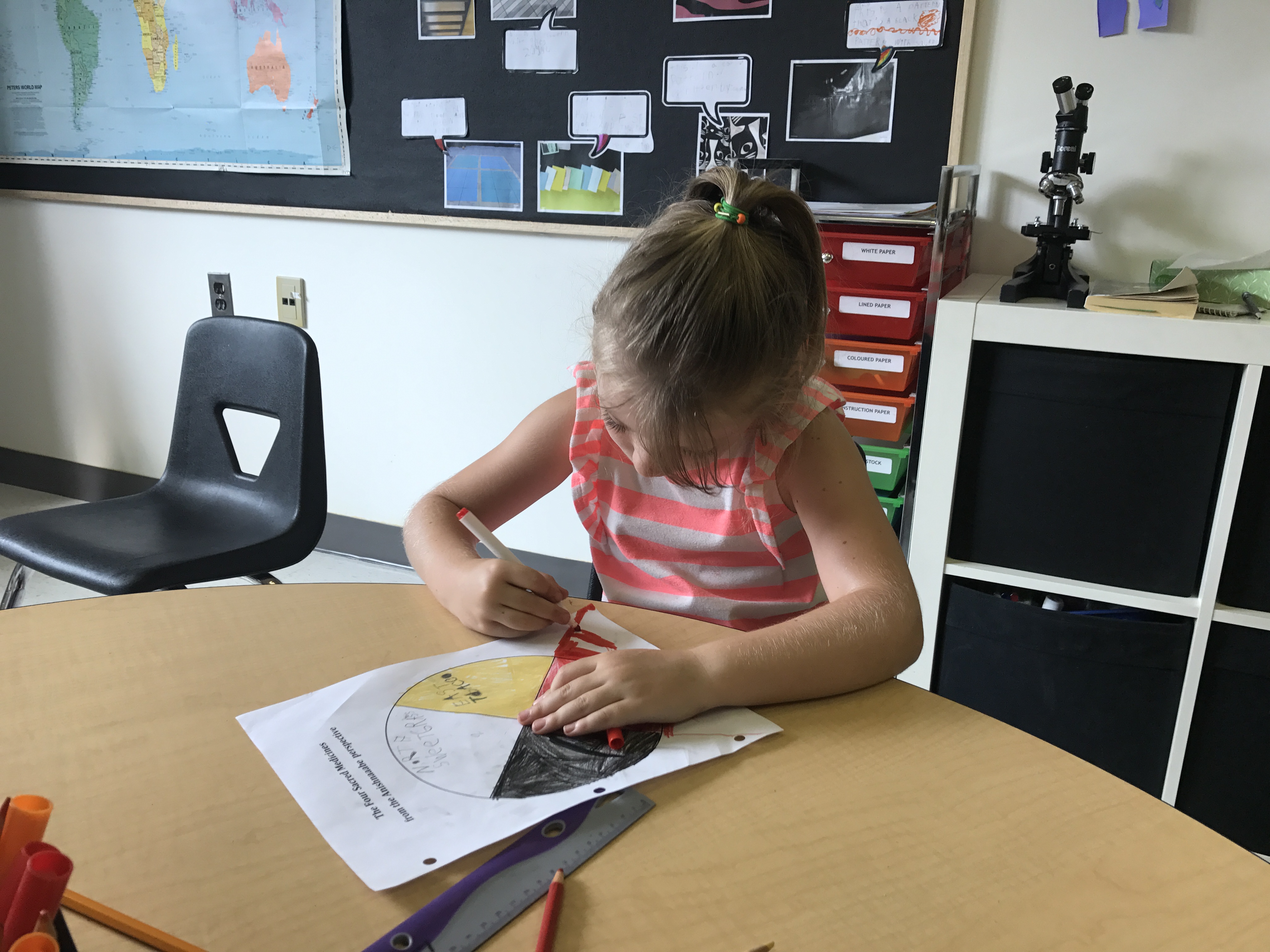 S: “I was doing my medicine wheel and I was really really focused because people were being really quiet so it was easy for me to focus really hard on my medicine wheel. The medicine wheel is a circle that has four triangles and then in the medicine wheel, all the sides are different colours. The North was white, East was yellow, South was red, and West was black. The four special medicines to Indigenous people are sweetgrass, cedar, tobacco, and sage.” 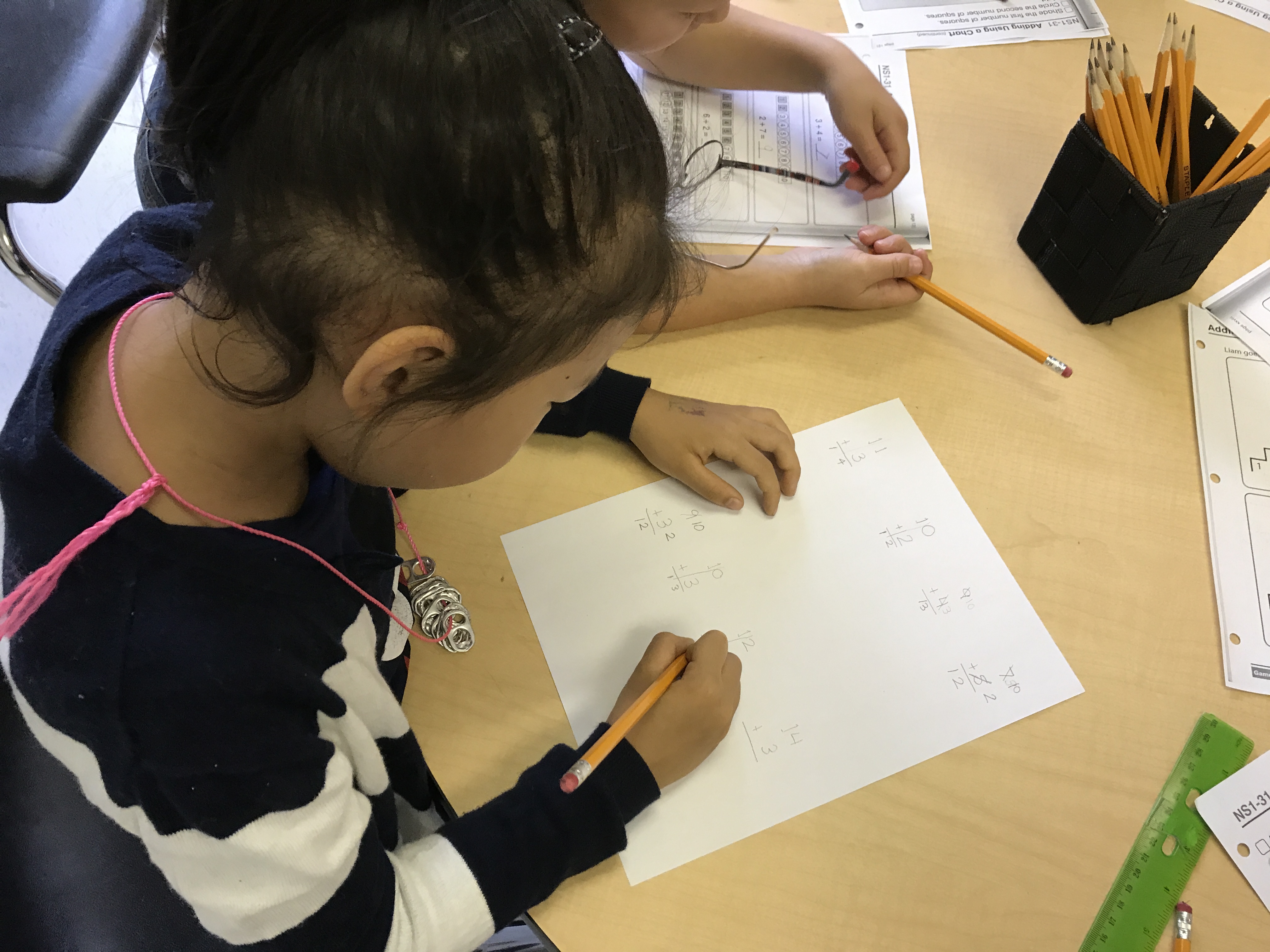 M: “It was math time and we were doing a math worksheet and we were doing plus and takeaway. I was doing a special paper that Soteira wrote for me and it was different because there were two numbers beside each other and it was the different numbers and I had to write the answers and I had to make a line in the middle and I wrote the answer at the bottom.” 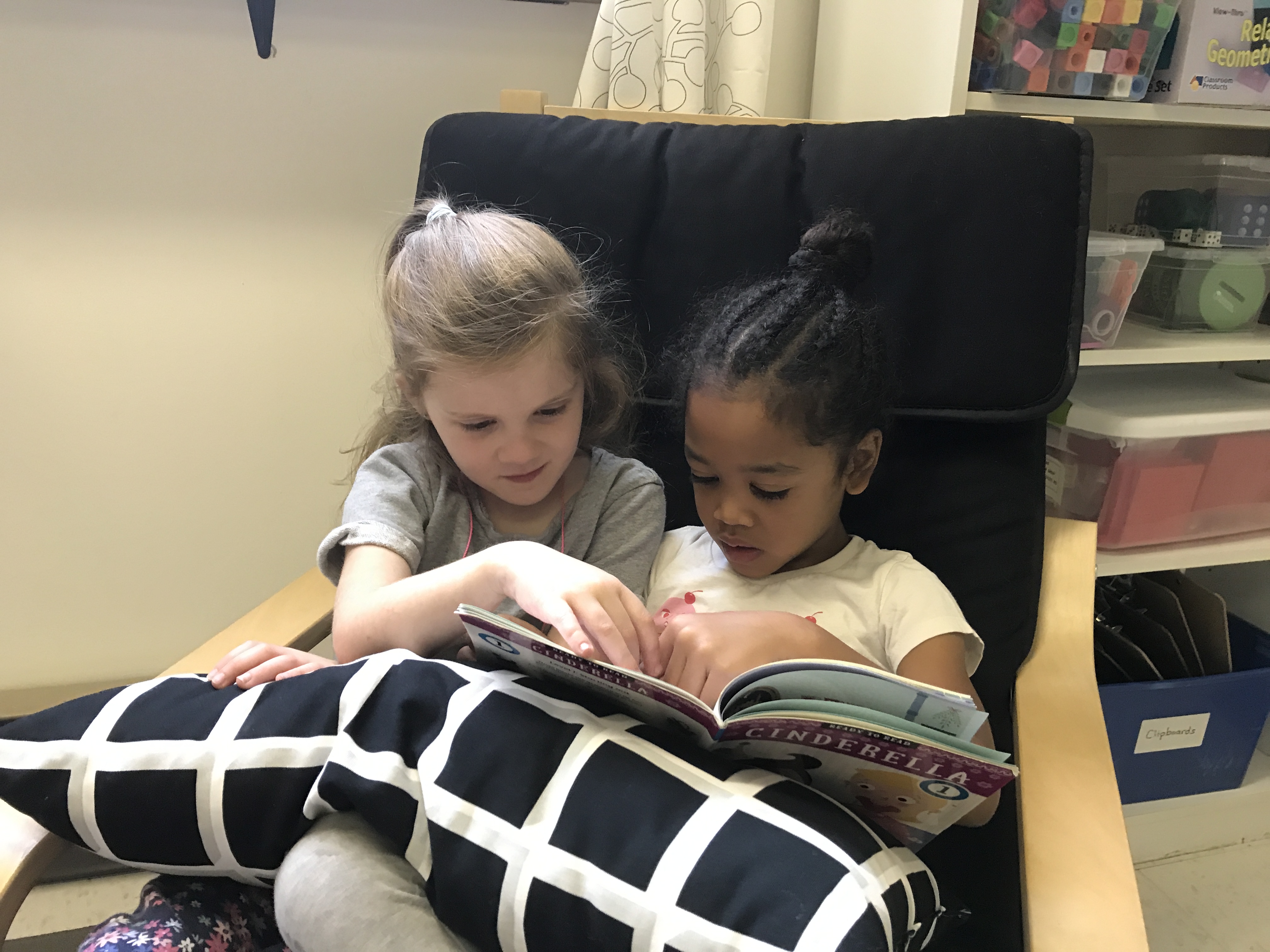 G: “Me and Z were reading together and we worked together as a team so we almost finished the story. I was copying Z with the words so I could know them and then I can get to Level 2. I really really like her because she’s the best reader.” 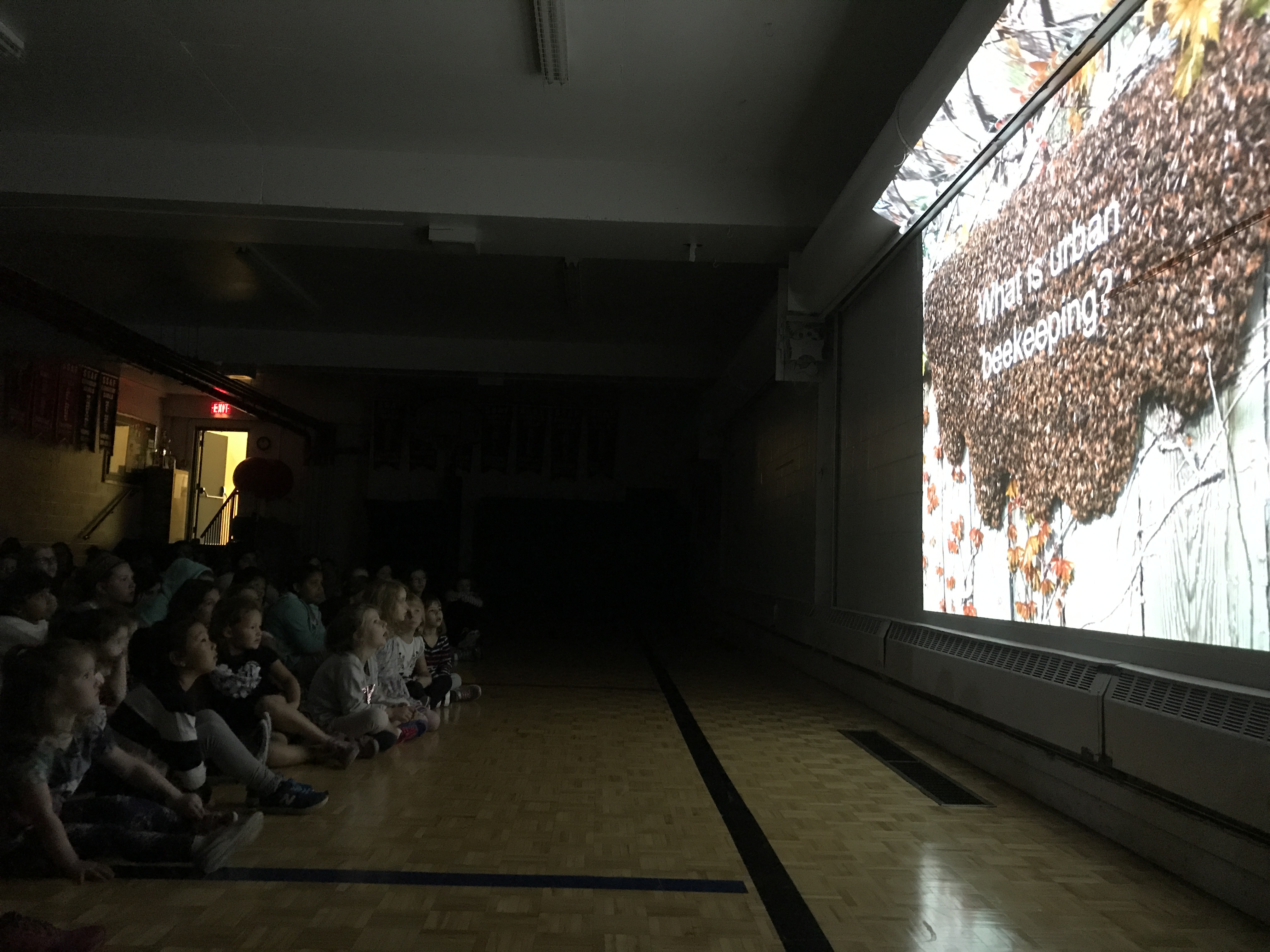 K: “We saw a hundred bees on the fence in this picture. We were in the gym because we learned about bees because they are really hard at working and they get pollen stuck to their fur and they bring the nectar to the inside of the cup that they use and the queen bee has little tiny baby bees that chew through the wax to get out. We learned about bees because the bees are making honey upstairs on the roof.” 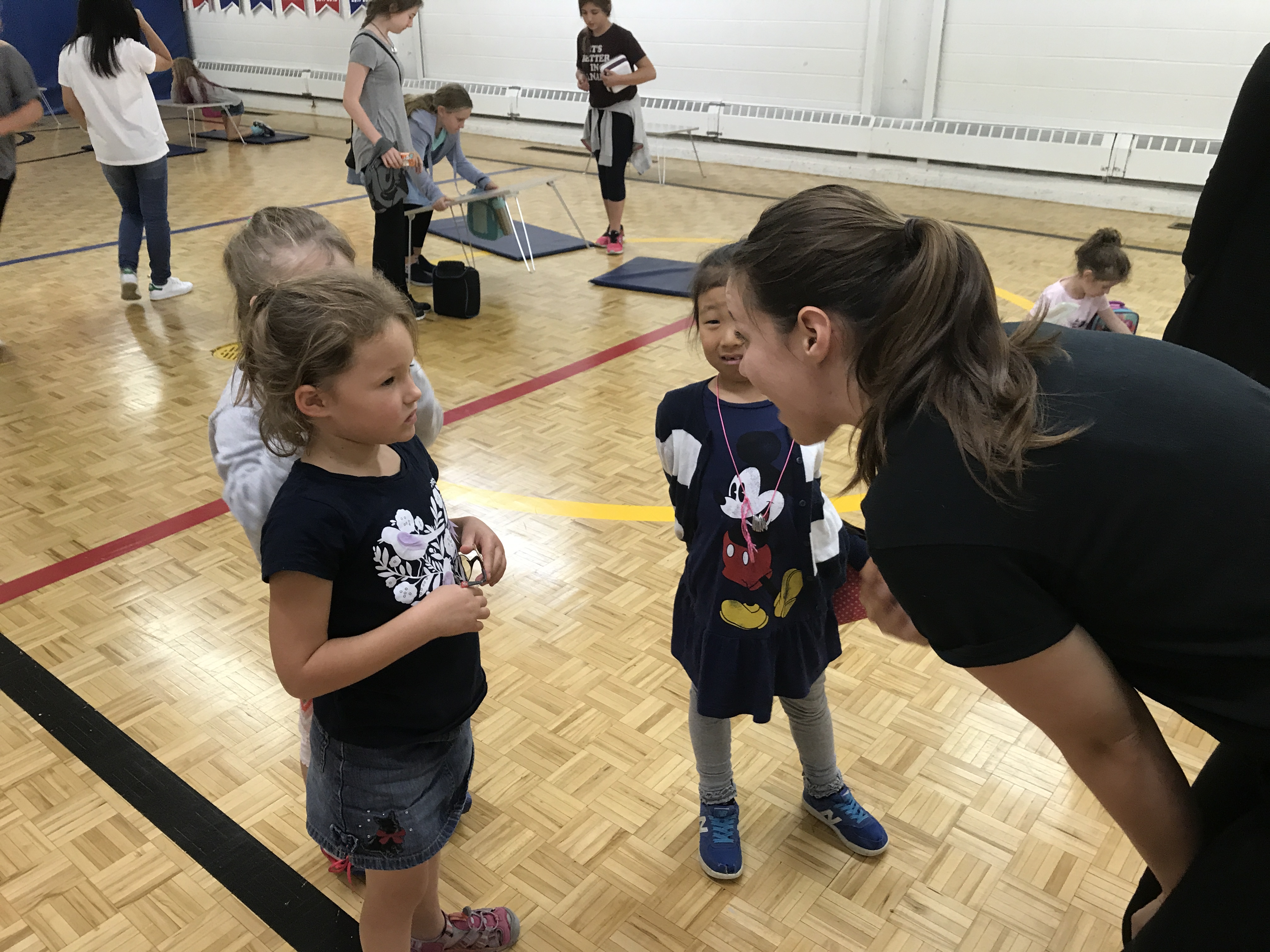 S: “I was asking Madison the beekeeper what the box with the new queen you could buy was made of. She told me that it’s made of wood because bees like wood.” 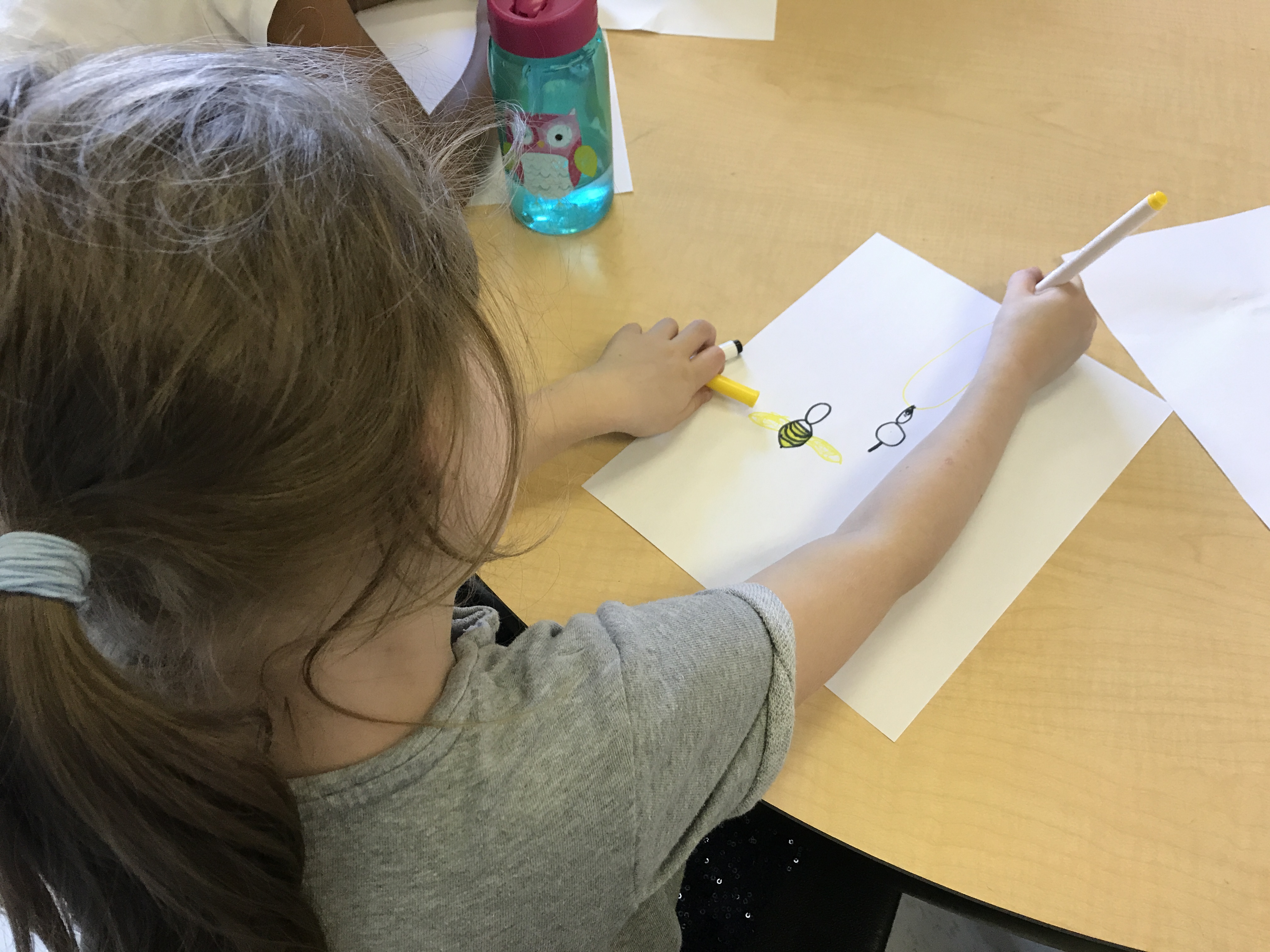 G: “It’s me drawing a bee this week and I really liked it because it was cute. I drew the bee because it was a bee day and we were learning about bees.” 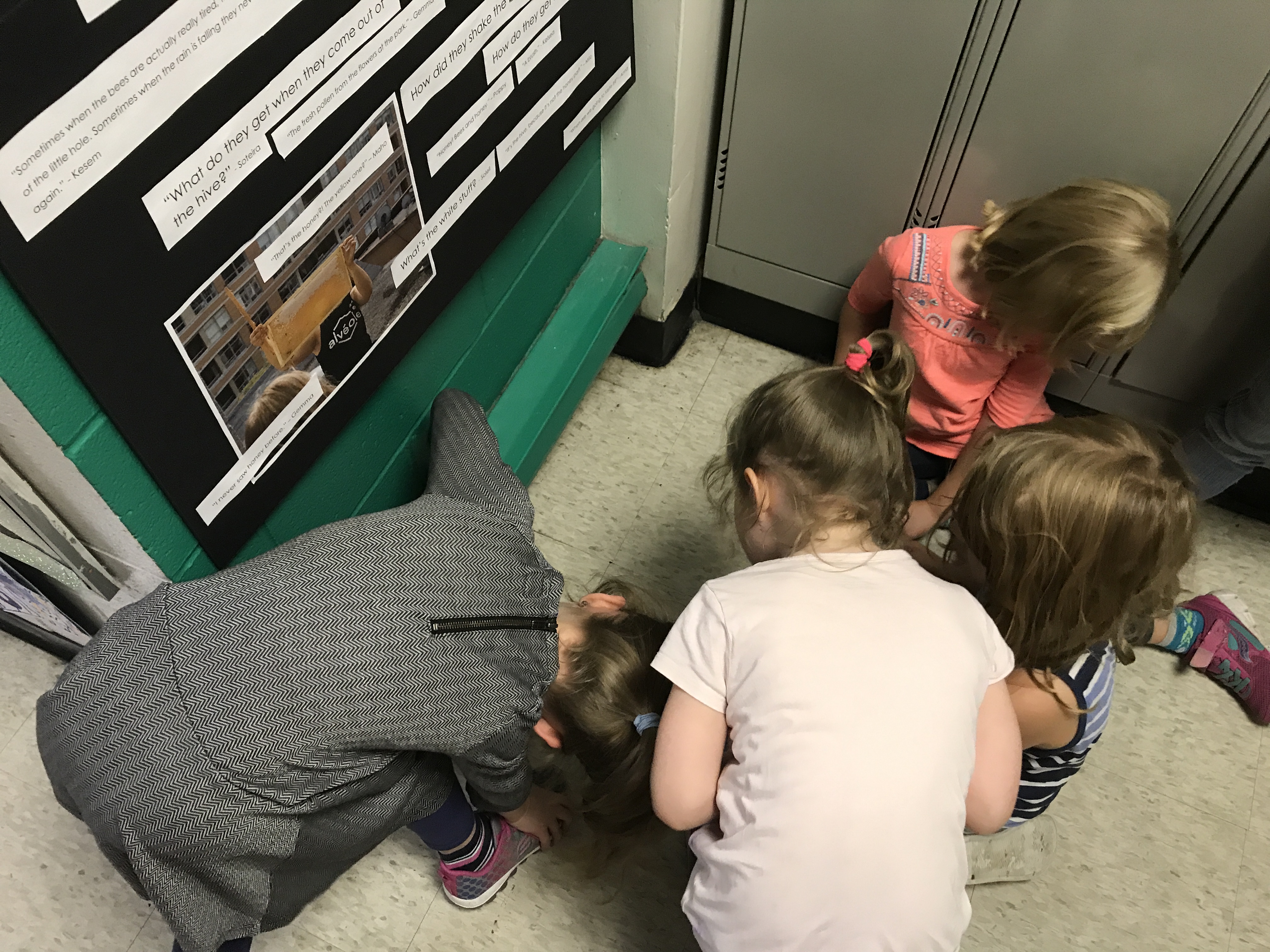 M: “We were looking at a centipede at the hall close to our classroom and the centipede camouflaged which was very cool.” 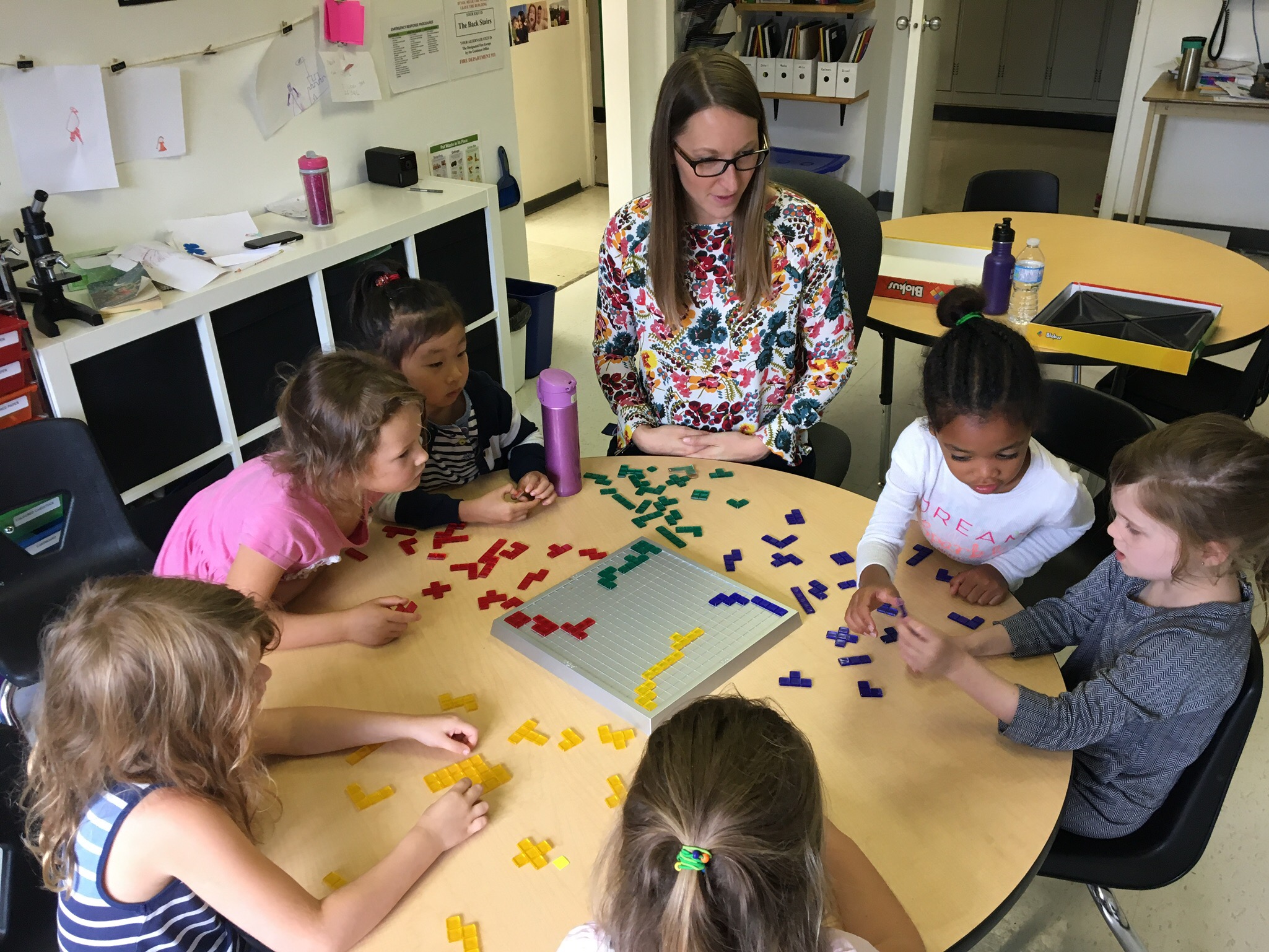 Z: “We played Blokus and it was a lot of fun. We were in pairs of two groups. We learned that the vertex is the corner and you can only touch the corners of your thing.” 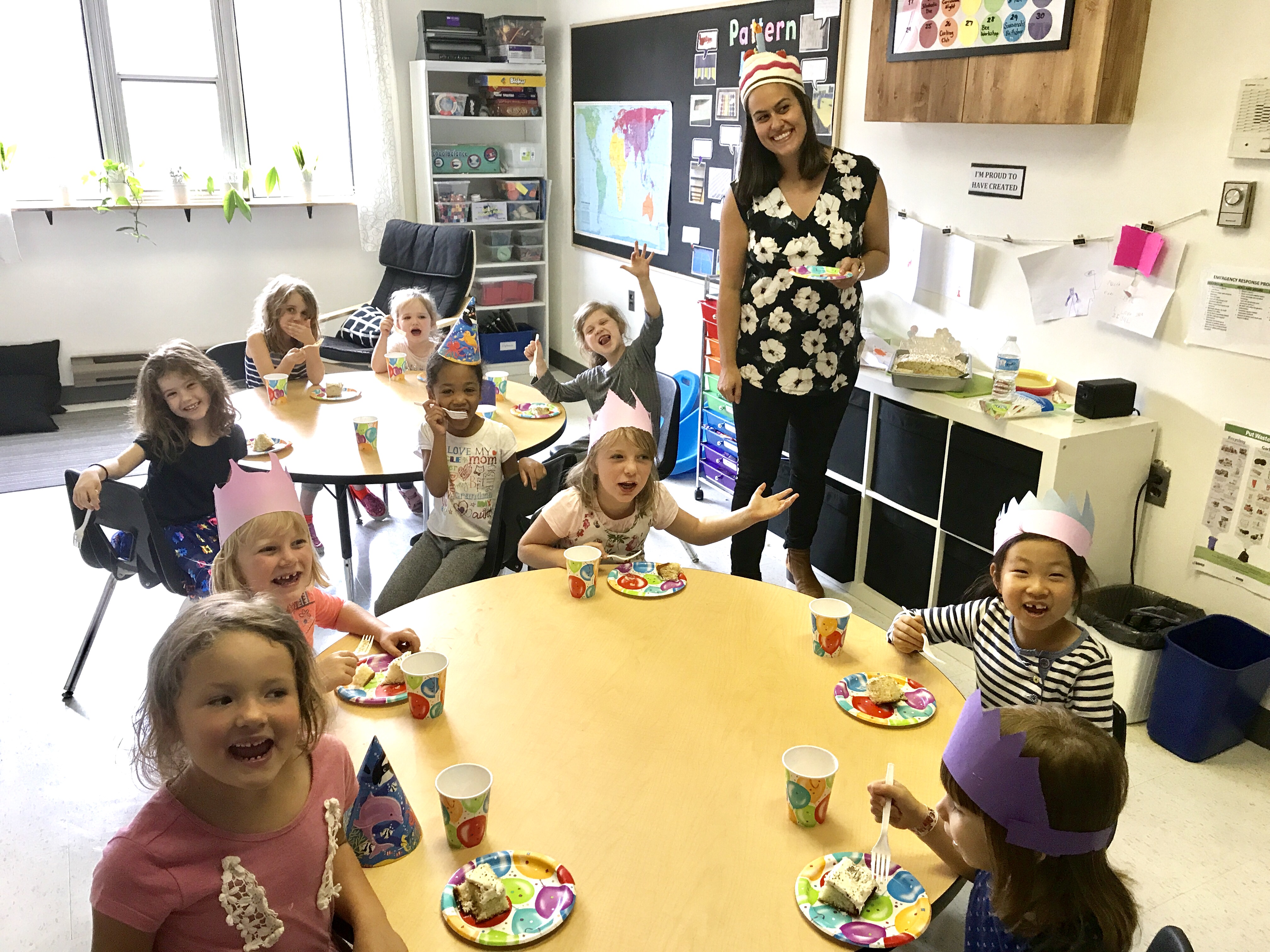 M: “We were celebrating Savannah’s birthday and first we made our birthday crowns and we decorated and finally we got to eat her cake and we sang the Happy Birthday song with our friends and we sang it to Savannah and Nancy joined us to have fun with us. The cake was great and Savannah read us a book about crayons!” 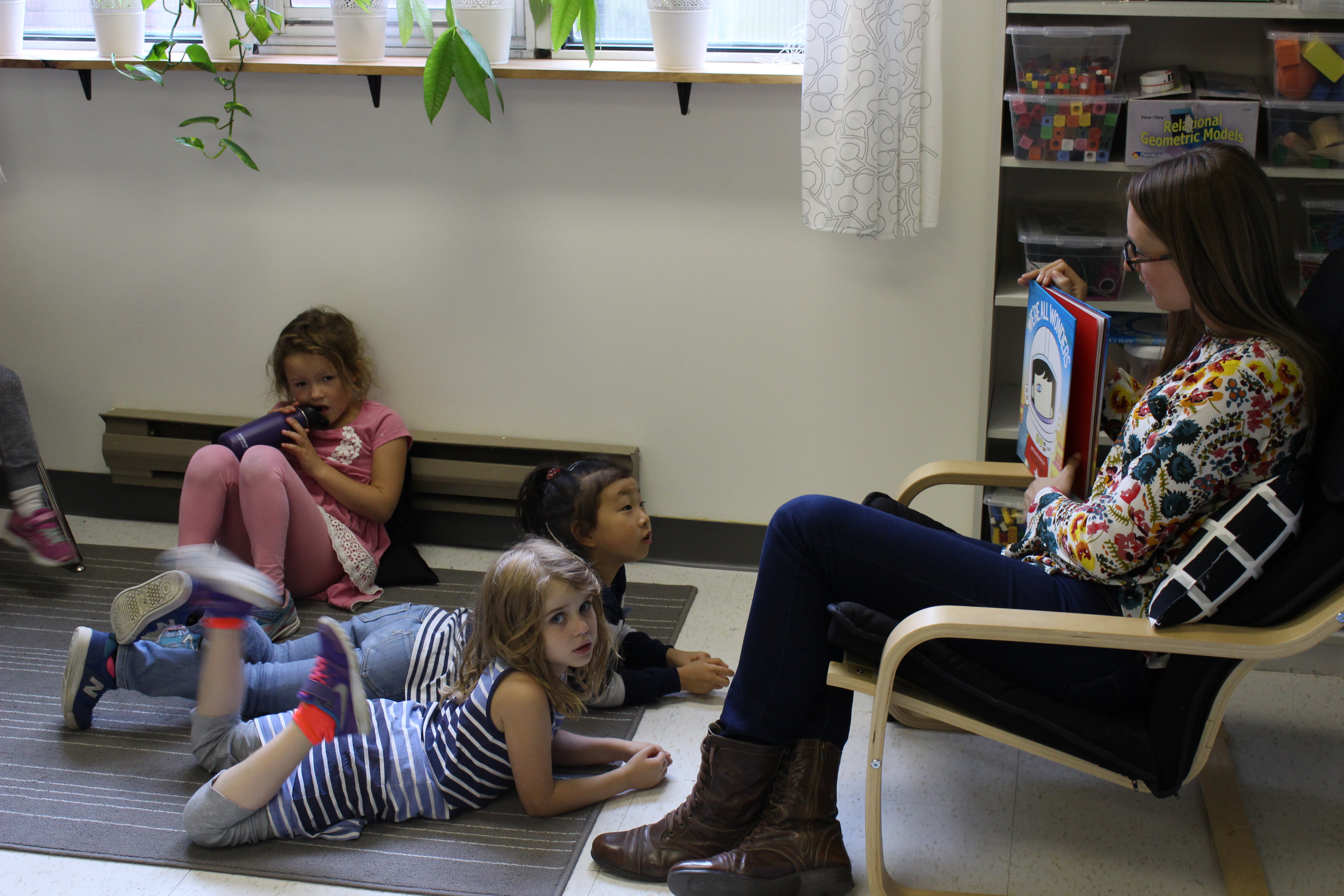 Z: “We were reading a story at the morning. I was sitting on a chair. The story was about somebody different and he just had one eye and a different ear. People treated him funny. We learned that people were not being nice and they needed to change how they saw him.”